Official figures show that the two companies have collectively lent in excess of £54m through 5,000 business loans since inception in 2012.

Speaking to Real Business exclusively, Everline managing director Russell Gould said: “This brings together two leading lenders – two major automated e-lenders in the market. Both businesses are growing in excess of 100 per cent per annum, so the economies of joining will majorly accelerate what we are doing.”

Gould, who will now become chief operating officer at Orange Money, told us that deal negotiations originated a year ago when the two companies began discussing the possible synergies of coming together.

Going forward, Orange Money, which made the purchase from Wonga, will market to UK small businesses under both the Everline and Ezbob brands, but will be undertaking a brand review in the coming months to decide on the best future approach.

With less than 10 per cent overlap in terms of customers, Gould revealed that the branding decision is a complicated one. “We are clearly attracting two different kinds of customer sets,” he added. Ezbob is said to be stronger when it comes to brokers and ecommerce, while Everline is catering more to the average SME business on the street.

Explaining the synergies more, Gould said: “Ezbob has an incredible underlying technology platform and underwriting process. We have a great brand in the market and I think are strong on sales and marketing. Bringing those together is like the perfect marriage.”

Everline will continue its relationships with existing partners and believes the size of the new business, and its capability, will be very attractive to new partners.

Adding his comments, Orange Money CEO Tomer Guriel said: “This is an exciting acquisition for us, as it brings together two strong brands in Ezbob and Everline, both of which have disrupted traditional business lending.

“Our market-leading technology platform complements Everline’s well-positioned brand – the combination of the two will accelerate our growth, which has already been more than doubling year-on-year for each brand since launch.”

Orange Money has previously received investment from the government-backed Angel CoFund and is the first online SME lender to be an approved financial intermediary for the European Investment Fund (EIF).

Customers of the combined business will have access to loans of up to £150,000 for 18 months, with Everline previously offering amounts of up to £50,000 for 12 months. 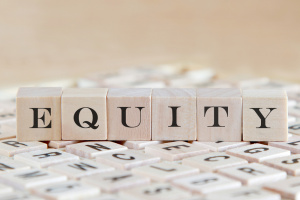 UK equity markets are looking through electoral uncertainty, but for how long?