Facebook will expedite the march of businesses to the web. Remember travel agents? With a few notable exceptions, they’ve disappeared from the high street to set up shop online. Who’s next? Recruitment agencies, marketing firms and estate agents are all ripe for pixelating.

It’s not too hard to imagine in, say, 12 months’ time, an application appearing on Facebook where graduates and first-time buyers can find a place to live or work. The application could access user details like location, job and lifestyle to select the best matches.

In similar scenarios, marketers, lenders and retailers could all find and target new customers. Facebook’s soaring traffic means the best applications are already picked up by hundreds of thousands of people and receive millions of page impressions a day.

Ponder this. After Google, Facebook is the largest referring source for Topshop’s website. Trendy teens use it to message each other links to new product lines. Soon Topshop – and other retailers– will formalise this process with an application, notifying customers about their new clothes through Facebook’s “newsfeed”.

“Facebook isn’t a natural home for business just yet,” says Steve Clayton, head of small business at Microsoft UK. “But the introduction of new applications will make it more worthwhile – who knows where we’ll be in six months, let alone five years.”

Guy Kawasaki, a founding employee of Apple and co-founder of Truemors.com, agrees that social networking will a big part of doing business in the future:

“No single network will control the world. Instead, there will be multiple networks like Facebook, MySpace, Hi5, Friendster, etc. Each of them will have tens of millions, if not hundreds of millions, of ‘inhabitants’. At this size, each one can support a series of businesses within the community, so the key for real estate agencies, marketing consultancies and recruiters is to hang up their shingle in these communities.

“In a sense, it’s no different than if you found out that a new housing development was being completed with 100,000 residents on board. Restaurants, real estate firms, service stations, etc, would rush in. It’s the same thing.”

A good example of real-world business bleeding into Facebook is Scrabulous (no prizes for guessing the inspiration for this particular game). It has a dedicated following and is cashing in on its association with a famous brand through Facebook’s advertising revenue sharing model.

Your product might not be as famous as Scrabble, but developers could still get inspiration and replicate it online, potentially putting a big dent in your sales. The moral here is: if you can’t beat them, join them.

Another reason to be wary of Facebook is that it offers the ultimate platform for people power. One of the most popular features is its “group” system, which allows people to band together around common themes and interests.

Some are just for fun, such as “Pub Club” (600 members) and the unfathomably popular “I will go slightly out of my way to tread on that crunchy-looking leaf ” (300,000 at last count).

Others –created by businesses or e-savvy political movements – have a more practical purpose; even Real Business has a page. 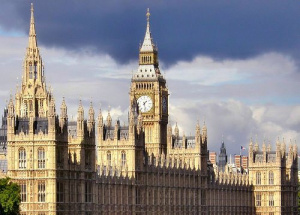