Facebook’s rocket-fuelled progress means that most features written about it in magazines and on the internet are out of date in a heartbeat.

While this was being subbed, proofread and designed into a magazine article, the social networking website burgeoned another ten per cent and released hatfuls of new widgets to improve its user experience.

It’s approaching 50m followers worldwide, four million in the UK, and it’s growing by more than three percent a week. Some commentators say it could have 200m people chattering and ‘poking’ (don’t ask) by Christmas.

The site is best described as an internet within the internet; it borrows ideas from other top websites like Flickr, YouTube and Twitter, adds a sophisticated social networking engine and houses the lot under one roof.

Adding spice to the mix, third-party developers are invited to create software applications that bolt on to the site and get immediate exposure to millions of people. It’s like a baddie from a sci-fi flick – adapting and improving all the time.

Its growth means it is already chipping away at other, less nimble websites. It makes FriendsReunited look tired, and beats MySpace on most scores.

All good, but why should you care? You’re running a business in the Real World and this is kids’ stuff. Here’s why: Facebook could set your business back or drive it forward – depending on how you treat it.

The reaction to Facebook by doom-mongers is eerily similar to the panic that set in during the 90s, when the internet first started to gain popularity. Experts said it would encourage fraudsters, time-wasters and the downloading of dodgy content.

So it is with Facebook, and studies suggest that it’s already hitting productivity and costing Brit businesses tens of millions a year. So your first mission is to ensure that employees are focusing on the job at hand – and not their status updates.

“Facebook condenses all the risks we used to attribute to the internet at large,” said Richard Holway, chairman of the Prince’s Trust Technology Leadership Group.

“People snoop for data, workers waste time; there’s nothing new here, it’s just the latest focal point for this stuff. The fact is, it’s not Facebook’s fault if your staff are spending three hours a day on it – you need to manage them better.”

But while you’re worrying about what your staff are up to, Facebook could be sneaking up on your business in other ways. If you’re public-facing, be prepared to use Facebook to connect with your customers – before some spotty teenager does. 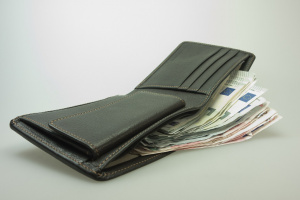 Taking the sting out of pensions regulation