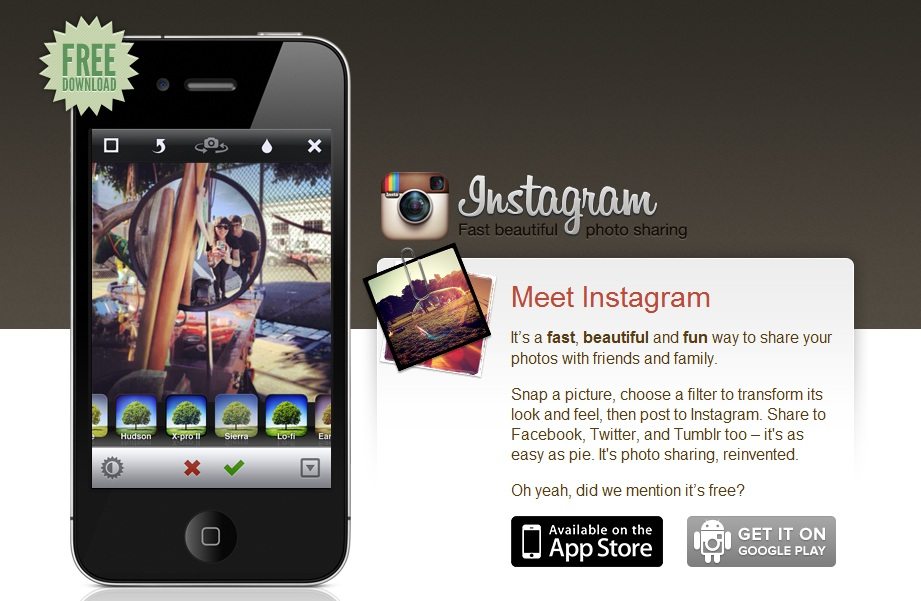 This is the highest price paid for a profitless startup since Google bought YouTube for $1.65bn in 2006.

Facebook founder Mark Zuckerberg broke the news of Instagram deal on Facebook: “This is an important milestone for Facebook because it’s the first time we’ve ever acquired a product and company with so many users,” he said. “We don’t plan on doing many more of these, if any at all. But providing the best photo sharing experience is one reason why so many people love Facebook and we knew it would be worth bringing these two companies together.” US-based Instagram was founded by Kevin Systrom and Mike Krieger in October 2010. The app is free and allows users to apply 17 filters to the pictures they take ? changing the colour balance to give the images a different feel ? before they are uploaded.  According to Instagram’s website, the two-year-old startup has been financed with $500,000 seed-funding from Andreessen-Horowitz and Baseline Ventures, plus $7m from Benchmark Capital and a small group of angel investors. At the South by Southwest conference in Austin this year, Krieger and Systrom and announced that the company’s iPhone app had nearly doubled its number of registered users since December, going from 15 million users to 27 million users. Instagram employs 13 people. Which makes its $1bn price tag even more remarkable.  The move comes ahead of Facebook’s planned flotation later this year. The firm reportedly plans to issue $5bn worth of stock on the New York-based Nasdaq exchange in May or June. The deal could value the firm as being worth as much as $100bn.