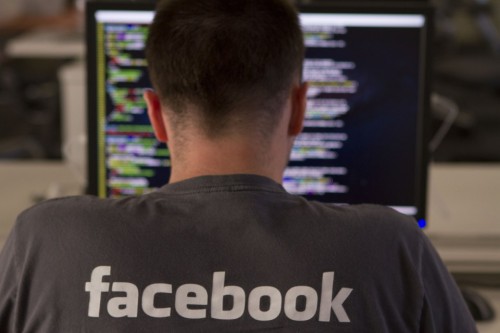 Edison recently indicated Facebook would more than double its revenues over the next five to ten years ? a lot of which would come at the expense of Google. Research by The Information has shown that Facebook is creating software around its core social networking and Instant Messaging services that would allow it to operate in the absence of its App Store. This would include the ability to install an app without Google Play, swapping out Google Maps, handle payments and send notifications completely independently.

The Information concluded this was contingency planning by Facebook in the advent that it had a conflict with Google and had to leave Google Play, but we think that it is much more. Firstly, this infrastructure is the backbone upon which Facebook could roll out other Digital Life services, which is what Facebook needs to do to become a proper ecosystem where users do far more than just social networking and instant messaging. For Facebook to continue its growth trajectory, this move is essential and needs to start taking effect towards the end of 2016. Secondly, it will allow Facebook to deliver a consistent user experience on devices where Google Play is not present. In China and many emerging markets, this makes up a significant percentage of Android devices and will be very important for Facebook to continue growing its user base, Thirdly, as Facebook develops its ecosystem, it will increasingly come into conflict with Google, which badly needs to take more control of Android in order to fix many of the issues with the user experience. Facebook is currently dependent on Google for a range of core functions which if curtailed would seriously damage its user experience on Android. Having control of the infrastructure that manages its ecosystem will enable Facebook to operate independently of Google and we think that it fully intends to move in this direction when it is ready. Hence, we dont think this development is a contingency plan at all but is instead a deliberate strategy to create an ecosystem to rival those of Google and Apple. Because Apple monetises its ecosystem through hardware, it will not come into direct competition from Facebook for some time to come. As Facebook and Google both monetise through advertising, it is Googles revenues that are likely to suffer most. This is yet another problem that Google must deal with, making its outlook increasingly uncertain. We have seen a strong preference for Facebook over Google in the long term but are a little concerned that Facebooks ecosystem won’t be ready in time to prevent a slowdown in revenue growth. Edison calculated this is likely to happen in the second half of 2016, which combined with Facebooks high valuation is likely to cause a sharp correction. That is our entry point into Facebook. Richard Windsor is analyst at Edison Investment Research.