Let’s look at three of the main internet players, and where they position themselves.

Google has the jewel in the crown as far as the internet is concerned. We no longer search for things, we “Google” them. Not only does Google own search, but it also powers email for the masses with its Gmail service. I don’t think anyone apart from Larry himself (as in Larry Page, co-founder of Google) can fathom how much Google knows about us, but it’s a hell of a lot. Google’s big challenge is that “interaction time” is minimal. You search and then you’re off. That’s why there are major product developments from the Google stable every month. However, traffic is still there – so you need to be there, too.

Facebook is stealing Google’s thunder as the internet poster child. It now has more members than some small countries. In stark contrast to Google, Facebook’s engagement time can go into hours. You can view fan pages, nose around photos and organise your social life. There is also a cult following. When rumours circulated that Facebook would start charging, over 300,000 joined a group against it. The interesting point for any entrepreneur is that people want Facebook for free, yet they complain at any advertising. Advertising here has to be clever and in context with the conversation.

Twitter is the new flavour of the month. Its adoption rates are astounding, but there are many users who sign up and don’t do anything. The most interesting point about Twitter is that most people acess it through third-party applications (Seesmic, for example). Twitter doesn’t generate cash at the moment, it’s still about conversation.

This is the web landscape at the moment – but it changes every month. Here is the current big picture strategy:

1. Define your offer. Without an offer, free trial, taster or information teaser, there is no reason for people to come to your site and nothing for them when they arrive. The offer should be what you “push” across all your online marketing. Try to make a sale or capture details.

2. The web is not going to die any time soon, so make sure that your site is visible in Google either via paid search or SEO. Again, guide visitors towards your offer.

3. Don’t worry about the number of friends you have. The point is to build “quality friends” such as customers, potential customers or thought leaders in your field. If you are going to start the conversation, these are the people to be having it with. Be helpful, be outrageous but always try to give value.

The internet is still moving at a rapid pace. No-one is quite sure what is going to happen next, so hold on and enjoy the ride. One of our favourite places to keep informed, apart from Real Business, is Mashable. 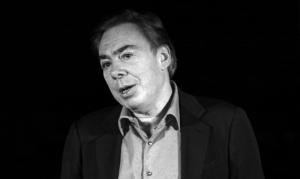 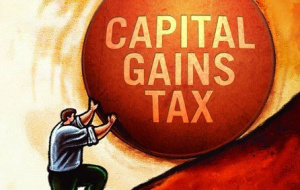 The absurdity of confusing CGT with income tax