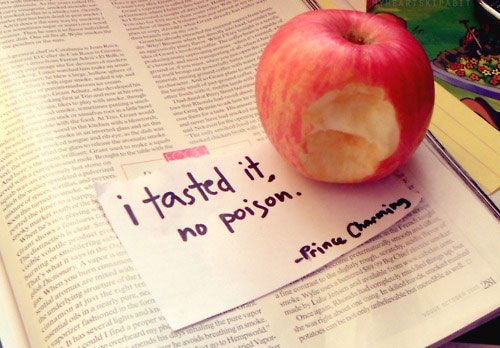 Rupert Murdoch is no Prince Charming, but I daresay he will respect the sentiment when facing the Select Committee for Culture, Media and Sport.

Now, I’m no stranger in my columns to the use of superlatives and clich?s, but for once, I’m at a loss to capture the enormity of the fall from grace that has beset News International. I feel the hand of history upon my shoulder. Ok, that one was from Tony Blair, but it captures the sentiment of a corporate unraveling unlike anything in modern times.  It also captures the point that whoever you are and whatever you do, you are not immune to the fact that you are as others see you ? that your reputation is the single most important asset that you can have. Oh, irony of ironies. Here is an organisation that has built an empire by holding the mighty to account and reducing the reputation of prince and paupers alike to rubble. Here is a family whose reputation for power is said to have altered everything from the course of elections to the performance of markets. This is a drama equal to the fables of Greek mythology. Rupert Murdoch as Oh Mighty Zeus, disgruntled and impatient; James Murdoch as Icarus, the boy who flew too close to the sun; and Rebekah Brooks, a raven haired Medussa, the once fair maiden now left only with a glare to turn an inquisitor into stone. But this is not a tale only for those with empires to control the great and the good, it is also one that affects anyone in business today. Reputation, simply put, is the impression that others have of you. In this world, reputation is everything and the single most important objective must be to create a favorable impression in the mind of your targets.  Today, good work and great products are no longer enough, you need stories to help sell them. Words count. Don?t believe me? ?Never Knowingly Undersold?, ?Every Little Helps?. Each just three little words. Three little words that provide the foundations of two of Britain?s most successful ever businesses, John Lewis and Tesco.  Words build your reputation. Warren Buffett, the Sage of Omaha, put it brilliantly when he said: ?It takes 20 years to build a reputation and five minutes to ruin it. If you think about that, you’ll do things differently.? Of course, Rupert Murdoch has proven that in today?s age of citizen journalism and social media, you can be undone in five seconds rather than five minutes. The firestorm of Twitter can engulf the unsuspecting with a speed that few are prepared for and even fewer successfully tackle. It also affirms the wisdom of another famous tale, this time David and Goliath.  Technology is the sling ? and words the shot ? to fell the most powerful of corporate giants. Ask Tony Hayward, the former BP CEO, what he thinks about Leroy Sticks, the anonymous Twitter crusader who humbled the multi-national by turning tragedy into ridicule.  Or take Dominique Strauss-Kahn, the former head of the IMF. With our judges it may be innocent until proven otherwise, but it’s fair to say that the court of public opinion has already passed a verdict of guilt.  As more businesses work harder to establish and build reputations, so the risks to their profiles also grow. More of us will have to lead businesses through crises, more of us will find ourselves the focus of scrutiny, and more of us will come to see that the public interest and what is interesting to the public have become one and the same. If your business is faced with a crisis, then your response is all-important.  When British Midland suffered the tragedy of the East Midlands air crash, its chief executive, Sir Michael Bishop, got it absolutely right. He understood that as the leader he needed to get out there quickly, be visibly seen to care, and to offer a message of action. Most business leaders want you to understand their perspective on events. That was Murdoch?s big mistake with the Wall Street Journal piece last week that revealed for all to see the real thinking of News International.  They believed that they had handled it well. Wrong, badly wrong. It could have been very different if they had run the weekend apology ads first. It?s called CAP because your messaging needs to express Concern first (empathy), then Action (what are you going to do), then Perspective (actually we are a lot better than you think we are).  Your business story is a fable for your times and if you want to live happily ever after, you need to pay attention to it and get serious about your reputation.  Michael Hayman is co-founder of the public relations consultancy Seven Hills. You can also follow Michael on Twitter.