After graduating from UCLA, Faisal Butt started his career at American Management Systems as a technology consultant, but how did he fall prey to the siren-call of entrepreneurship? Butt believes that everyone needs a catalyst to push them over the line of dream and reality. “My entrepreneurial energy was unleashed through the worst job possible”, said Butt. “It was completely different to what the recruiter had pitched it to me as. The reality of it was that I sat in front of a green screen programming, which was far from who I was.

The more I coded, the more I disliked the corporate world. A more innate catalyst is the wiring in my DNA. Historically, many generations ago, my family were rug merchants. It seems there was something in my blood that was yearning to be conducting business all along. But the point is that I wanted to start a business that would make a difference somewhere.”

He did just that. In 2003, Butt invested in and ran a start-up called Tribal Monsoon, an e-business which specialised in the sale of South Asian handmade products. “Although it went through a period of rapid growth, it also went through a stagnant stage. It made me think about what do next, so I decided to join an MBA program at Oxford’s Saïd Business School that provided full scholarships to people who had set up their own business. That’s where I met James Caan.”

During an address to the students, Butt challenged Caan and engaged him in a debate. After the event, they talked business and numbers were exchanged. “But I wasn’t getting any replies when I called. Understandably, he’s a busy man, but I didn’t give up. Instead, I went to his office and ended up with a summer gig. He then asked me to shadow him for a year. After shadowing him, the entrepreneurial gene was very much alive. I pitched him a business plan about a little sister company called Hamilton Bradshaw Real Estate, which would effectively become the venture capital scene for real estate.”

What makes Hamilton Bradshaw Real Estate so distinctive in its marketplace is that it certainly is entrepreneurial. In a serial spell, Butt went on to back five ventures in the span of 18 months, which makes him the most active venture capitalist in the real estate sector. “It’s the fact that when I speak to founders who are also entrepreneurs, they’re talking to someone who shares their DNA. They’re not talking to accountants on the side or bankers that have gone into venture capital, they’re talking to someone who has built businesses in the past. I share their mindset. In a sense, it’s an entrepreneurs backing entrepreneurs model.”

When asked why he started investing in businesses, Butt replied: “A careers adviser at Oxford told me that I was unemployable so I knew I had to be an entrepreneur. And I felt that I’d be more prolific with my entrepreneurialism if I did it across a portfolio of businesses.”

Even though we might be crawling our way out of the economic crisis, businesses still find it difficult to receive the finance they need. So, from an investors point of view, what exactly is it that Butt looks for in a business? “I still look at the sector, business fundamentals and plan, but I pay a disproportionate amount of attention to the individuals. For example, what ticks his/her boxes, what keeps them up at night, what their motivations are and would I want to do business with them. That’s the first pillar of my investment strategy.”

The second pillar, it seems, is a bit more tricky. His portfolio includes an interior designer, investment management business and property management business, all of which are in sub-sectors related to real estate. “It’s quickly made me one of the most connected guys within the property industry as I happen to have a businesses within each of these sub-sectors. This, in turn, helps with the third pillar of my strategy: cross-fertilisation, which is having a business opportunity and being able to offer them the help of these sub-sectors. The last step is to build a dream team around the founders.”

Butt has come a long way from his days coding on the green screen – so what’s his advice for aspiring entrepreneurs? One thing: you should never take no for an answer. “My mantra is to reject the rejection. When James wouldn’t reply to my calls and emails I could have given up. But I didn’t, and now I’ve got to where I am today. There are plenty of people out there who will give you reasons why you can’t be successful in your own business. Many of these people will be those closest to you. Often, friends and family won’t support your ideas. Don’t listen to them. Listen to yourself and what your gut is telling you.”

Butt also argues that being able to reject rejection is only possible if you put aside your fear of failure. “The only way to know something for sure is by trial and error. That means you have to try it, and you have to be prepared to accept a few failures along the way before you get it right. In fact, I actually prefer to back entrepreneurs who have failed before. They are wiser, better decision-makers who know what to do and importantly what not to do.” 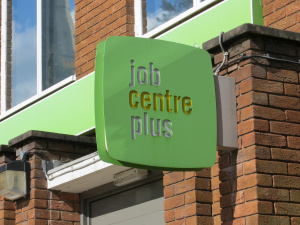 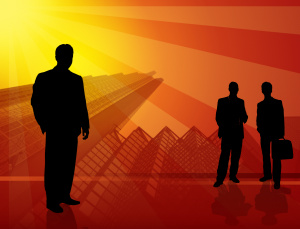