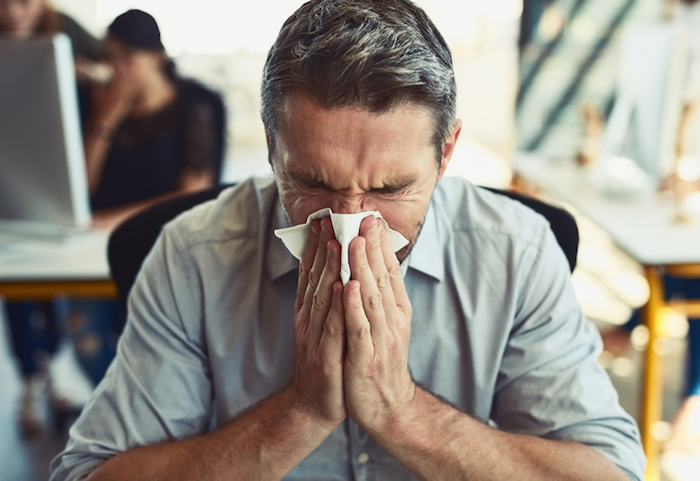 Share via
Over half, (56%) of UK employees have faked a “sick day”, costing businesses £5.6bn a year. This statistic carries particular significance today as it’s “National Sickie Day”, which is known as the most common day of the year when employees will fake an illness to take time off work. The trend in employees taking unwarranted days off work has raised concerns for many employers as the average sickness absence can cost them £107.85. In light of National Sickie Day, employers have revealed (anonymously) to Real Business the craziest reasons their employees have not been able to make it into the office below:

Why do people call in sick?

“One employee passed a Thames Water filtering plant every day to work, and so the story goes one day the water gurgled, flew up and covered them in London’s effluent waste, they were then so mentally traumatised they couldn’t come in that day (I didn’t believe it either!)”  “My employee rang me from prison, he had taken the day off, didn’t tell anyone he was going to court for being so over the limit on New Year’s Eve the Dr’s couldn’t understand how he was still alive, he got into his car, drove down the street and took out 10 of his neighbours cars. Anyway, instead of a fine, and a telling off, he was sent down for 4 months. He rang me to tell me he couldn’t come to work for 4 months and would I mind telling his wife as well as she thought he was in work. Needless to say, she left him and he kept his job.”

No rest for the young workforce

Despite more than half of employees admitting they have lied to get time off work, statistics show this figure is falling. The decline has been attributed to the rise of the “Gen Z” workforce who are hesitant to call in sick, even when it’s justified.

A culture of presenteeism

The research reveals a culture of presenteeism that’s dominant in the Gen Z workforce, who have difficulty deciding how sick is ‘sick enough’ to take time off work. Bob Huibers, Marketing Executive at Viking, a blog for business founders and employees, commented on the research: “Businesses should be aware of the changing attitudes toward taking sick days. With absences falling to an all-time low, younger generations are forcing themselves into the office with colds, fevers, and poor mental health. Not only will this take its toll on employee’s health, but it will see a dip in productivity during office hours as well.” The study also raised concerns about workers being unaware of company policies on sickness and absence generally. For example, 53% of 25-34-year olds are unaware of their company’s policy on sick days, compared to 27% of over 65s.

Many younger employees have raised questions over their employer’s handling of sick days. 17% said they feel they don’t get enough sick days from work, with just 1% of over 65s saying the same.

Despite 71% of employees believing it doesn’t constitute a day off, 33% of employees believe mental health sick days should be separate to regular sick days. “Communicating a fair policy and helping employees understand their rights when it comes to taking sick days will help reduce the pressure and stigma surrounding the subject. Taking time off when necessary will help employees recover and return to work in good health,” adds Huibers.