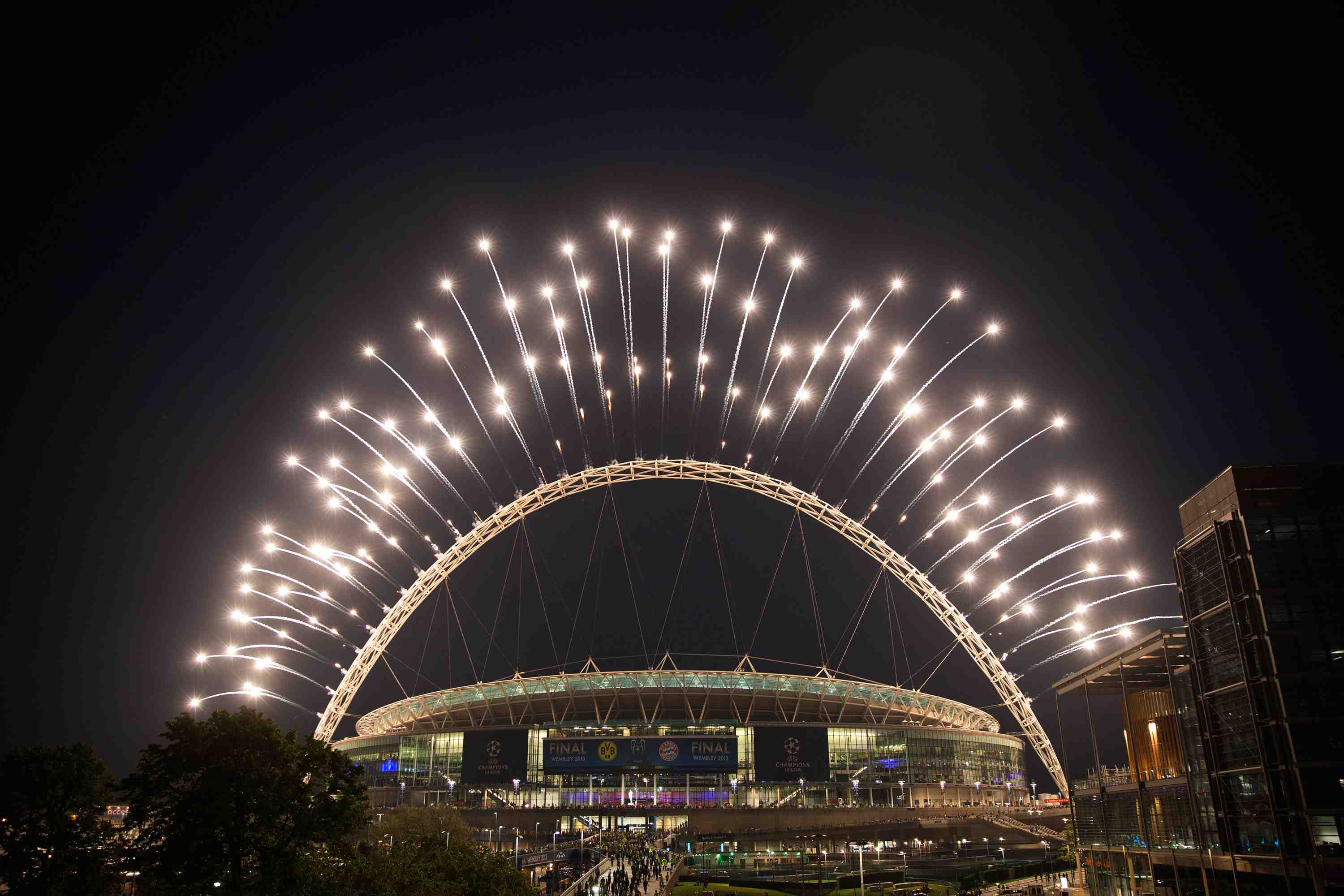 This article was sponsored by Club Wembley.

As a business, Wembley Stadium is impressive. The 90,000-capacity venue and second-largest stadium in Europe was built for £757m and opened in 2007. It has been so successful that, by 2015, Wembley should start putting money back into the game, instead of being subsidised by the game. As a monument, the building is utterly imposing. Designed by Foster and Partners and HOK Sport (now Populous), its signature feature, the 134-metre-high Wembley Arch is the longest single-span roof structure in the world and, uniquely for a stadium, requires beacons for low-flying aircraft. To many, Wembley Stadium is perhaps the greatest stadium in the world. To Club Wembley members, there’s no doubt. It’s hardly surprising when you consider the atmosphere, adrenaline and kudos that come with every visit. Friends, family and clients all forge stronger relationships and take away a wealth of memories. There are, after all, few better days out or more covetable invitations than The FA Cup Final or a crucial England Qualifier. You’d be forgiven for thinking it’s all about football but that’s only a part of it. Obviously you get a guaranteed seat at every Senior England Men’s International home game and The FA Cup Semi Finals and Final. There’s also the Rugby League Challenge Cup Final and plus access to purchase tickets for two spectacular NFL games. This year’s games won’t disappoint, as the Minnesota Vikings take on the Pittsburgh Steelers and the Jacksonville Jaguars face the San Francisco 49ers. And then there are, of course, the concerts. In 2013 alone, Club Wembley members will have access to the Bruce Springsteen, Robbie Williams, Roger Waters and The Killers gigs to name but a few. In fact, a Club Wembley membership has more to offer than sport and music, there’s a host of exclusive member-only events, from breakfasts with the England manager to the chance to watch the England Team train, golf days and the opportunity to play on the pitch in fundraising tournaments.* Club Wembley members also have access to the members’ concourse, a kilometre of restaurants and bars. On match days members can find everything from gourmet burgers to fine dining, by way of seafood and champagne. There’s no better way to entertain your friends and no better place to network with your peers. For further information on becoming a member of Club Wembley, please contact Huw Graham on +44 (0)20 8795 9527 or email huw.graham@wembleystadium.com, quoting “Real Business”. *Club Wembley membership entitles the member the option to purchase one ticket / hospitality package per licensed seat held (subject to terms and conditions specified by Club Wembley). Excluding: Rugby World Cup; Rugby League World Cup; any association football match staged at the Stadium where the event holder is not The FA or the Football League; and any bid event including the UEFA Champions League Final and the UEFA Cup Final. We will try to secure tickets from the event owner wherever possible. **Members events are usually offered on a ballot basis, are not guaranteed, and may be subject to change.