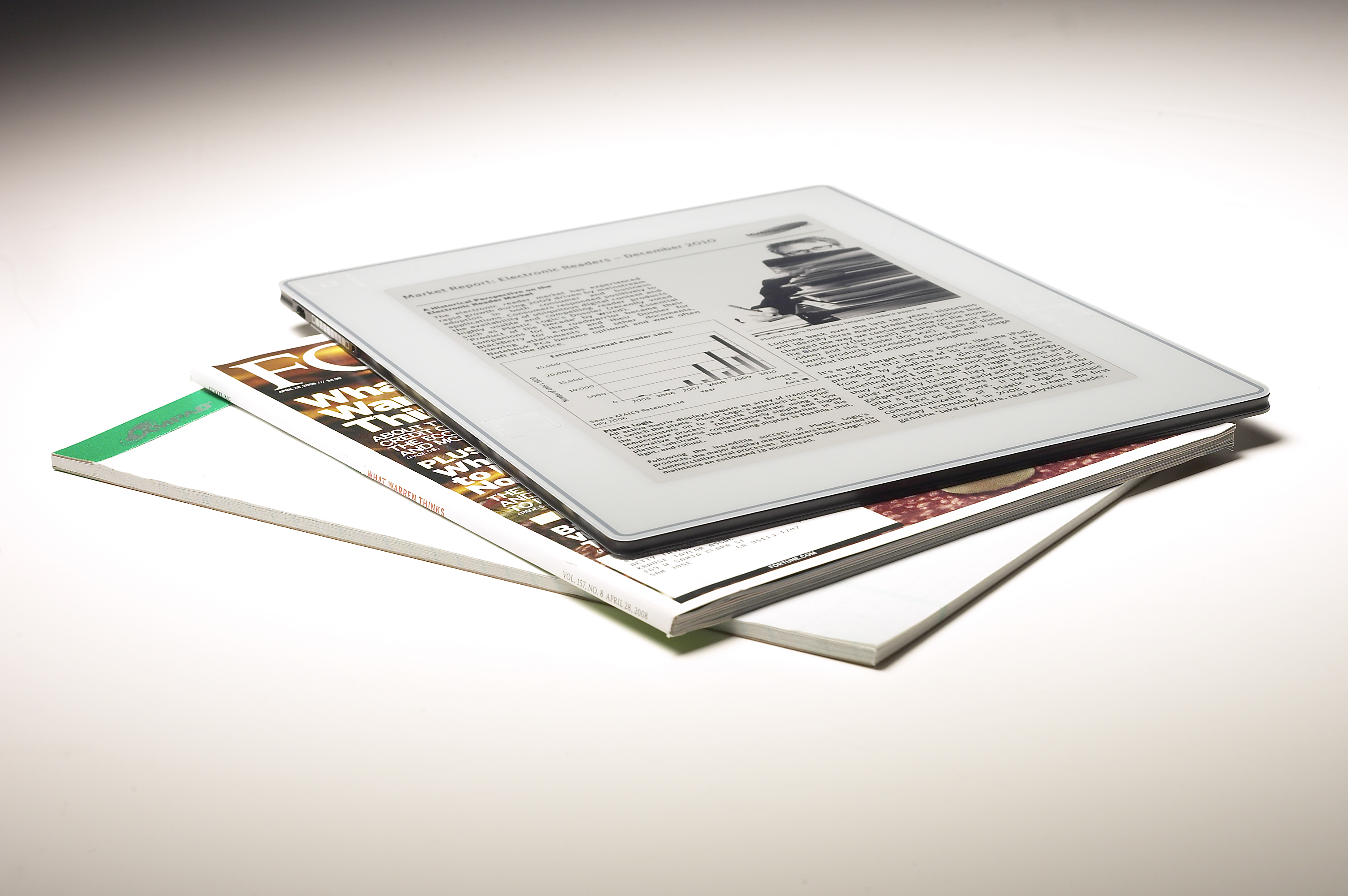 Dr Hermann Hauser ? the legendary co-founder of Amadeus Capital Partners ? took the pair under his wing in 2000, providing them with start-up capital and helping them on their journey from academia to commerce. In 2007, the company brought in American Richard Archuleta (former senior vice president of Hewlett-Packard) as CEO and moved its HQ to Cambridge. Looks like that didn’t work out.  Archuleta has now stepped down from the helm to ?pursue other opportunities in the tech sector? and Plastic Logic is putting Indro Mukerjee in the driving seat.  Mukerjee was previously chief executive of electronics company C-MAC MicroTechnology and held executive roles with Philips Semiconductors. The company is also switching its headquarters back to Cambridge from the US ? bucking the trend that has seen a number of UK startups going in the opposite direction. And, finally, the plastronics pioneer is launching its first commercial product ? the Plastic Logic 100 electronic textbook, which will be rolled out to schools in Russia later this month. The textbook comes with more than 40 books covering the subject matter taught in grades 6 and 7.