Deloitte has released its annual Technology Fast 50 ranking of the country’s fastest-growing tech businesses, and London appears to be leading the way.

According to the research, this year’s fastest-growing company is Infectious Media, a Clerkenwell-based real-time advertising exchange, averaging revenue growth of 9,774 per cent.

Infectious Media is just one of many London tech companies in the list. London was responsible for the majority of revenue generated by “softer” tech companies, with 64 per cent of revenues from internet, software, media and entertainment winners based in the capital.

“Britain’s tech companies have faced a challenging five years, even though the winners have grown significantly faster than the economy over the past five years, but they can not, and do not, operate in isolation,” says David Halstead, the Deloitte partner leading the UK Fast 50.

“In line with the wider economy, the entrants reveal a challenging five-year period, but with a bright outlook. We have seen an increase in software companies from 13 to 16. Internet companies are second with 12 in this year’s ranking, compared to 13 in 2012.” 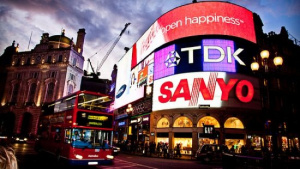 West End retailers to benefit from £130m tax break, but at what cost?