As far as fastest growing business sectors in this year’s Hot 100 goes, the food and drinks industry was the most successful by a clear margin – 11 per cent of the businesses operate in this sector, compared to just seven per cent for each of the next most popular industries: construction, manufacturing and engineering.

The findings are one of the most interesting conclusions to come out of this year’s Hot 100, an annual ranking of the fastest growing private companies. To be eligible, businesses must have a turnover of more than £10m, a EBITDA larger than £1m and have achieved growth in each of the previous three years. We then use the compound annual growth rate (CAGR) to decide where in the 100 each deserve to be. Have a look at the full ranking in our detailed feature.

The food and drink industry is reportedly the UK’s largest manufacturing sector, adding around £95.4bn to the economy every year, and is one of the country’s biggest exporters. Despite this, however, the sector has not been without its challenges over the past year.

Around 50 per cent of small businesses with over five employees are planning to grow headcount over the next two years, and finding skilled staff tops the list of challenges business owners face, according to the recent Albion Growth report. This is particularly the case for manufacturing, construction, medical and healthcare companies.

Indeed the UK’s food industry is currently facing its worst staff shortage for at least 12 years, according to the Guardian. Farmers, manufacturers and processors are struggling to hire enough workers for the Christmas rush, and to compound the problem there is also a shortage of delivery drivers to drop the goods off at homes and stores.

David Camp, of the Association of Labour Providers (ALP), claimed that responses to job ads are declining as EU workers turn away from jobs in the UK.

Brexit and the food industry

A recent survey by the Food and Drink Federation (FDF) found that confidence within the UK’s food and drink industry is becoming “fragile”, and the majority of companies responding to the survey claimed that ingredients prices have increased since the UK referendum result.

Around 70 per cent of respondents reported feeling less confident now than before the vote to leave the EU, and raised concerns about dropping profit margins the future of European employees.

The weak pound has certainly made it more expensive to import, while some UK exporters are reaping the benefits.

Unilever’s Marmite product became the unlikely poster-child of price hikes when the group tried to persuade retailers to pay more for its goods to cover some of its losses, and there is evidence this increased price has now filtered down to the consumer.

Analysis by the Guardian and MySupermarket.com found that a basket of 20 Unilever items has increased by an average of 5.7 per cent since the vote. Birds Eye and Walkers are also asking retailers for price rises, and Nestle has admitted it could well end up doing the same.

Potentially, some British products could be under threat of imitation when Article 50 is triggered, as there would no longer be protection through EU rules. For some exporters, this could mean a loss of business.

This warning came from former deputy prime minister, Nick Clegg, at a food and drink industry conference on the impact of Brexit.

He said: “Outside the EU they won’t enjoy the appellation bestowed on those products and I would have thought other countries would take advantage of that pretty quickly and put products into the European market that directly rival those protected brands.”

In the face of these political and economical headwinds, it is worth acknowledging those businesses in the food and drinks sector that are bucking the trend and exhibiting fast growth. Whether they are producing beer, seafood, fruits and nuts, cheeses or confectionery, these Hot 100 champions are doing something right.

Other well-performing sectors in this year’s Hot 100 included manufacturing, engineering and construction, each scooping seven per cent of the list.

The CBI’s September Industrial Trends Survey of 481 firms found that manufacturers are expecting the rate of production to accelerate, and although export books weakened slightly, they remained above their long-run average.

Rain Newton-Smith, CBI Chief Economist, said: “Our members tell us and our surveys show that the fall in sterling has boosted international competitiveness for many businesses, with export order books remaining well above average in September, despite weakening slightly.”

In addition, although, according to the Office for National Statistics, in August of this year all new construction work, repair and maintenance reported decreases, the long-term picture as suggested by the year-on-year comparison with last August’s figures shows an increase of 0.2 per cent across the sector.

Overall, despite the UK’s reputation for being dependent on the finance sector, and despite everything thrown their way, the manufacturing and construction sectors are showing signs of success.

Anything could happen in the months to follow, all that remains to be seen is if these fastest growing business sectors can rise to meet new challenges head-on and achieve further growth into 2017. 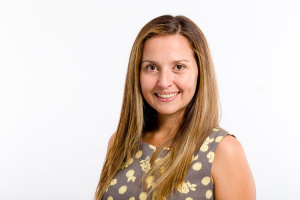 Thinking of investing in the dating sector? This is what you need to look out for