Critical especially as they played such a full role in the disaster the banks have inflicted upon us all. But this time it is different.

This time there’s really no excuse – and it seems almost wilful. A couple of months ago, Head of Investment Policy at Financial Conduct Authority (FCA) David Geale sat with us in a committee room at the House of Commons and talked in what, at the time, seems chastened tones about what they had learned and were learning – giving input to the Westminster Crowdfunding Forum. To judge by their actions this last week what the FCA have learned is precisely: nothing.

I was persuaded along the way that their ignorance and clumsy mishandling was somewhat forgiveable. They needed time and help to understand what, after all, is a major innovation and to gain a more positive insight. Others told me that these were ‘dirty tricks’ typical of a cynical agency who mostly behave in a way that is far from transparent and totally unaccountable. It now looks as if they were right.

To quote Barry Sheerman, who has taken several months to look into the matter, “These negative, unattributed comments from the FCA, which strongly imply that crowdfunding should be reserved only for experienced investors and city-types, are unhelpful and give a distorted picture of the crowdfunding sector. Those of us with deep knowledge of the sector have not seen any evidence of investors being systematically misled or exploited”.

A year on there is no evidence – none at all – that this is the case. And plenty to the contrary. In fact, it’s increasingly clear that crowdfunding operates differently than the shadowy world of these ‘city types’ because it is by it’s nature open. Everythig is on show and the crowd is watching – and typically has many thousands of eyes.

Meanwhile, the FCA stick their finger in their ears and stick to their guns regardless of the evidence a year on. If it were not so tragic – and downright dangerous for our future as a nation and an economy – it would almost be funny.

These ‘fears’ are in other words nothing short of manufactured. The behaviour sadly familiar but none the less reprehensible for that. But we can no longer afford this sort of thing. Our economy needs the thousands of new businesses and entrepreneurs that crowdfunding can support and help make happen. It does not need regulators, or their staff, behaving irresponsibly and prepared to leak unattributable fear-uncertainty-and-doubt stories to the press based on zero evidence.

It may be convenient for the FCA to seek to limit crowdfunding to ‘experienced investors’. It may make the ‘problem’ go away for them and lead to a quiet life, but that is hardly the point. Nor is it what they’re there for.

They may see crowdfunding as a way for some unidentified unscrupulous person to relieve people of their savings. Those who’ve looked more closely see it as a new freedom. A new way to support entrepreneurs and continuously create more businesses and rebuild the economy. So far, all the evidence is on our side – and there’s plenty of it.

Plus the proposed cure is many times worse than the alleged ailment, the likes of chopping off a leg to sort out an itch suspected of being an athletes foot problem. Except there’s no evidence that there’s a problem at all – apart from a phantom itch.

Which is why, a year on, I join my voice with that of Barry Sheerman and a growing throng of others who call upon the Chancellor to demand better of the FCA. Not just that, they desist from unattributed briefings based on zero evidence and the grab bag of dirty tricks at their disposal. But that they also start to look at the real world evidence, rather than mere suppositions, and start to behave like a professional service by listening and paying attention.

That they start to take seriously that the world can change – and that it can be for the better. That crowdfunding has already been, and can increasingly be, a huge change for good and for growth – which we badly need. Or the FCA can have a quiet life in more familiar surrounding it feels comfortable with. So, what do you say Mr Osborne?

Barry E. James is co-founder and CEO of Angel Revolutions. 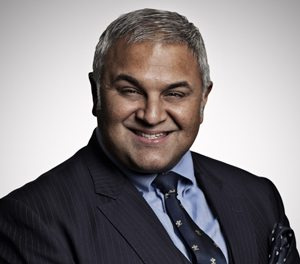 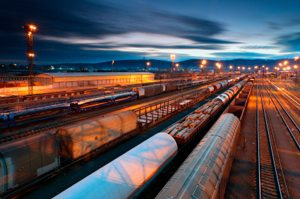