As KentOnline’s Chris Price puts it: “Weak wage growth and the struggles in the Eurozone mean that George Osborne is not expected to give away much when he addresses the Commons on Wednesday.”

Indeed, with political instability and mounting debt, SME growth may not be at the forefront of this year’s Autumn Statement. And although we’d like to assume with the election so close there will certainly be fireworks ahead, it simply seems that Britain has no money.

Were FDs given a choice of where they would like to see the most change made this year, business rates came out on top. Osborne may have dropped some strong hints that he will include such reforms in his statement, but he certainly had a lot of ideas to play with given the amount of firms that called for the reduction of business rates.

The British Property Federation published a rather lengthy report on “an end to the system where rates increase in line with inflation”. Even the British Chambers of Commerce (BCC) urged the government to conduct an extensive review and completely reform the business rates system by 2015.

Their report states that “businesses face paying £900m extra next year due to inflation linked up-rating. If the government up-rates business rates in line with the September RPI figure of 3.2 per cent, the additional rates businesses will have to pay due to RPI up-rating will rise by around £900m. This is £200m more than the £700m rise seen in 2013/2014.”

Furthermore, John Longworth, director general of the BCC, said: “There is no question that the business rates system is broken. This is a tax that hits companies of all sizes long before they a make profit, and acts as a drag on business growth and investment. Firms across the UK have been crying out for relief from these burdensome taxes for years, but so far their pleas have been ignored.

“It is cynical to freeze council tax while allowing the pain caused by business rates to continue, and goes against pro-business pledges made by the government. The cost of spiralling business rate bills is without a doubt the most commonly cited issue facing firms’ ability to grow. We have just seen that RPI inflation dropped off in October after a spike in September. But it is the higher figure used to determine the additional tax that businesses pay. Now, firms across the country have reached boiling point, and demand action to reform the system as a whole.

“The Chancellor should use the Autumn Statement to announce a two-year freeze on business rates, along with a root and branch reform of the entire system.  We need a new framework that is more flexible, transparent and responsive to changes in the economic environment. We know this costs money, but there is scope to do it within the government’s fiscal plan. That way, businesses can put more money into driving economic growth, which benefits UK plc far more than the cost to the Treasury.” 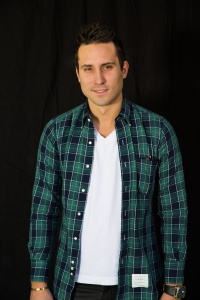 How far has UK come to close the gap on the US tech ecosystem? 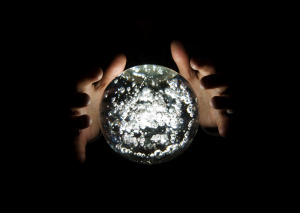