Easyjet saw turnover increase an impressive 23% in the survey period, but translated that into a massive 93% rise in profits. Cashflow rose £340m and ROCE doubled – but the most impressive stat was working capital, which dived 88%.

In 2013 the airline’s share price doubled, showing that good work has been continuing. CEO Carolyn McCall has gained many plaudits for the company’s performance – but Kennedy, who joined the board around the same time – must get kudos for keeping such a good grip on the numbers during a period of growth.

After graduating from Cambridge with a degree in Engineering, Chris progressed rapidly within Audit and Consultancy before a two year stint as a venture capitalist and banker.

In 1993 Chris joined EMI Music where he worked both in the UK and the US, covering a variety of roles including; UK CFO, European Chief Operating Officer and International CFO. In early 2008 he joined the Board as CFO and then Chief Investment Officer.

He has proven track record of delivering operational improvement and has deep knowledge and invaluable experience of working in senior financial and commercial positions within high profile, international, fast changing consumer facing businesses.

The bookie’s turnover climbed 19% in our review period, and although it engineered only a modest rise in cashflow, ROCE rising from 12% to 17% shows the company is working harder than ever.

Although 2013’s share performance was above average, William Hill’s competitive marketplace and the emergence of disruptive technology means the team have done brilliantly to keep a grip on the financials.

Neil is a Management Accountant (FCMA)

The engineering group is one of two companies on our shortlists whose turnover decreased in our review period. But the beauty of the FDs’ Excellence Awards methodology is that we still uncover great finance function work whatever the conditions.

Working capital declined much faster than the fall in turnover; ROCE and cashflow actually rose; and profits grew 20% despite that 3% drop in revenues. That tells us there’s some serious financial discipline in the business.

John, a chartered accountant, joined the Company as Chief Financial Officer on 1 April 2010 and assumed responsibility for Wolseley Canada from August 2013. He was previously a partner at the private equity group Alchemy Partners and prior to that was CFO of Travelex Holding Limited and Hays plc, the business services group.

John started his career at Arthur Andersen before joining The Stationery Office Group, on its privatisation, where he was Group Controller. Age 47. Extensive operational and financial management experience.

Our other turnover faller is BT – which saw a 9% drop in takings… and a 57% rise in profits. So, clearly, another great FD is at work here, driving solid disciplines through a sizable business to keep the cash rolling in. The keys here were boosting ROCE massives – and maintaining cashflow, despite the drop in turnover.

In his career at BT, Tony has established a strong reputation for cost transformation, most recently holding two senior positions in BT Retail, as Chief Financial Officer (CFO), and as Managing Director of BT Enterprises (a division within BT Retail which consists of six stand-alone businesses: BT Conferencing, Redcare, Directories, Payphones, DABS and BT Expedite).

Prior to joining BT Retail, he was CFO and then jointly CFO and COO for BT Global Solutions, a business serving multinational organisation in more than 100 countries. During this six year period the business grew from £500M to circa £3 billion revenue. He is a Chartered Management Accountant.

Outside work he is a sports enthusiast and played cricket at a senior amateur level. He is now resigned to playing golf but still hasn’t achieved his ambition of a single figure golf handicap. He is married and lives in Hertfordshire. He is 59 years old.

Babcock, the UK’s leading engineering support services organisation, doubled its ROCE in the review period while delivering improved working capital performance in absolute terms despite growing turnover by almost 10%. Growth has accelerated since then, with 2013 interims showing a 9% year-on-year gain in revenues alone – yielding an impressive pre-tax gain at 17%. No wonder the markets warmed to the business during 2013.

A big plus for ARM was the boost in ROCE – a 50% rise from 12% to 18%. But it’s in debt management where the finance function shone, driving down debtor days and managing the company’s borrowings to boost interest cover.

Delivering great financial discipline as a core supplier in one of the most dynamic markets ever seen (smartphones) and managing stellar growth (turnover climbed nearly 42% in the review period, the fastest growth on the FTSE 100 shortlist) is no mean feat. 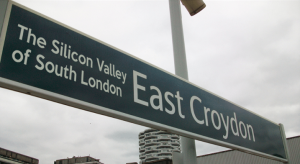