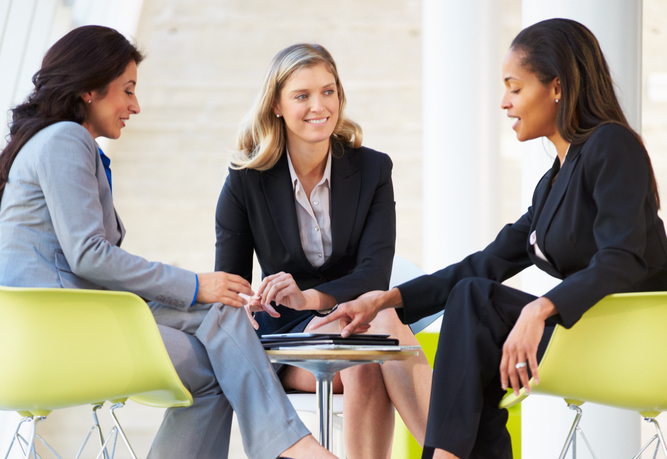 Women’s perceptions of their ability and skills to set up and run a business are lower than that of men, according to the GEM 2012 Women’s Report, and that’s not just the UK but worldwide. So what exactly is going on?

Why do women across the globe believe they are less capable than men? These limiting beliefs are stopping our progress, holding us back from accessing a career of self employment which research shows gives women more flexibility, balance and confidence. Not to mention the additional one million female entrepreneurs that would bring an additional 60bnn in to the UK coffers if we were to encourage women to set up businesses at the same rate as men.

So what can we do about it?

Women are entering the land of entrepreneurship but not at the rate we would like and as of May 2013 only 17 per cent of businesses in the UK were owned by women. Despite the evidence that what is needed to boost female entrepreneurship may go a bit deeper than the swathes of surface business support out there, there is little business thinking that aims to rewire, reboot and recalibrate these deep-seated limiting beliefs to enable and encourage more women to become effective and empowered entrepreneurs. As a psychotherapeutic executive coach, and co-founder of the women’s leadership programme The Five Gateways which works with women on the psychology of identity and performance, I believe that the time has come for us to do something different. We need to do something radical otherwise we can only expect the same results results which are not getting us what we want which is more women entrepreneurs.  And that is why I am on a mission to banish the three principal limiting beliefs which are keeping women out of business.

Limiting belief one The need for perfection

Now this is a strategy that women need to ditch as its pursuit is demoralising and self-limiting, yet we all know someone who does it and it certainly is at play when women assess whether they have the necessary skills to set up a business.  Women are inclined to need to tick off the full checklist of skills and qualities needed utting it bluntly, to be perfect and to do all this before they have even tried to run a business. In contrast, men are less hard on themselves and are quite happy to tick about two thirds of the checklist, have a go at the rest and just do it anyway. This female need for perfection significantly hinders us making progress towards greater numbers of women entrepreneurs. My mantra is “Done is better than perfect”, which means we can move on and it stops us from judging ourselves and feeding our inner critic. This limiting belief needs an audit and an edit so ask yourself: Who says I need to be perfect? Who has given me this belief, where has it come from? And what is it stopping me from achieving? And whose list is this anyway what if we were to create our own list with all of our qualities on?

We British are not good at this one at the best of times. Culturally in the UK failure is stigmatised, it is the thing of whispers, pointed fingers, disgrace and blame. Conversely, in Silicon Valley in the US you are not considered a success until you’ve had a few business failures under your belt and got the learning.  Women however consistently cite fear of failure above our male counterparts as a reason not to take the plunge into the world of entrepreneurship. Rewiring this belief is a must. And a much more useful reframe is that there is no failure only feedback, we all do the best we can at that time with the information and experience we have to hand.  If it doesn’t work out, it’s not failure, it’s an opportunity to take the learning, ask ourselves what we would do differently and feed it forward to improve next time. It allows us women to put our “blame sticks” down, and opens up the ability to move forward, learn and improve so we can enjoy rather than fear the journey.

Now this quite frankly is ridiculous, but the media have been consistently feeding us a diet of combative, win-at-all-costs, aggressive contestants on reality shows such as The Apprentice and Dragons’ Den.  The impact of this has been seen in a recent study by RBS whereby 40 per cent of women aged between 18 to 35 years old described the behaviour of these contestants as putting them off starting a business as they felt that, given what they’d seen, they weren’t ruthless enough to succeed. More women than you think believe it is necessary to model more masculine traits to get ahead and succeed in business.  The downside of this is that they leave a huge chunk of their personality at home, which are usually their more female traits. These traits are exactly the ones that we need in business, as a recent report by Credit Suisse has highlighted that companies who have women in top senior leadership positions are more successful. But still sadly many of the women I coach do not bring all of themselves to work, they pitch up as who they think they should be not who they really are, which is exhausting. Being yourself, being authentically you brings balance, happiness and success.  Ask yourself what percentage of yourself are you currently taking to work and then ask yourself what more would you achieve if you were 100 per cent present? Authenticity, being 100 per cent you builds great businesses.  As an entrepreneur and coach I help women challenge these limiting beliefs around their perceptions of their own capabilities, and I often cite a quote that I think sums up the capacity for women to have all the skills but sometimes not recognise their innate talent and insight when it comes to business. It’s a quote often attributed to US female politician, and it pretty much sums things up. ?Ginger Rogers did everything that Fred Astaire did! And she did it backwards and in high heels.” Bec Howard is the co-founder of The Five Gateways. Image: Shutterstock