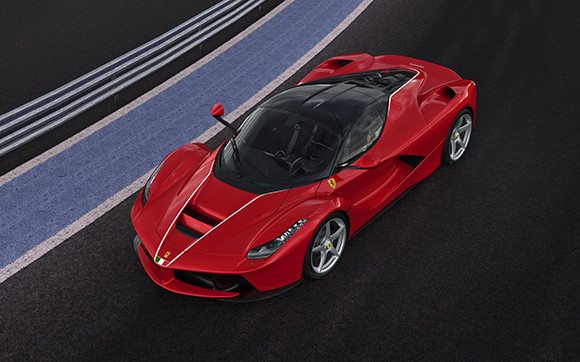 Share via
Ferrari committed the funds made from the car, which came from its own collection of vehicles, to support the redevelopment of Central Italy following the disastrous earthquakes that plagued the firm’s home country in August. RM Sotheby’s joined Ferrari and waived its fee to help raise as much as possible. As such, the collaboration resulted in a new record for most valuable 21st century car ever sold at auction. It smashed the previous high sale record of $1.8m, with the $7m fee reached in just ten minutes. All proceeds will go to the National Italian American Foundation’s Earthquake Relief Fund. Ferrari initially revealed its intentions to support Central Italy’s reconstruction immediately after the tragedy took place. The $7m LaFerrari comes complete with red exterior and Italian flag on the bonnet, which is to act as a reminder of the fact Ferrari is providing the car as a gift to the country. A memorial plaque is also featured, while the interior is also one-of-a-kind. [rb_inline_related]

The exclusive sale of the 949hp car took place at the Daytona International Speedway as part of the Finali Mondiali Weekend. Elsewhere, Ferrari F1 racing attire autographed by Kimi Räikkönen and Sebastian Vettel was placed on auction to generate a further $36,000 for the charity. RM Sotheby’s was appointed by Ferrari for its successful working history with the firm, as it has sold more of the Italian vehicles than its rivals. Indeed, the auction house holds four of the top ten record for most valuable Ferraris sold at auction – double that of competitors.