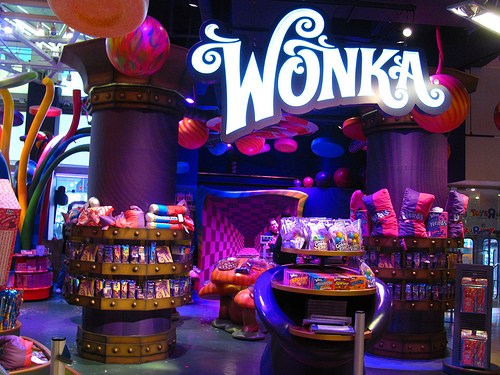 The Wonka Factory, from Roald Dahl?s much loved classic ?Charlie and the Chocolate Factory?, is the number one fictitious small business that SME owners in the UK would most like to run, according to the survey.

31 per cent of male respondents agreed that Wonka?s chocolate factory should take the number one spot, rising to 35 per cent amongst female respondents.  The North also proved to have a love for sweets with 46 per cent of respondents there choosing Wonka?s chocolate emporium. The Rovers Return from Coronation Street came in at second place, as chosen by nine per cent. It proved especially popular amongst business owners in the West Midlands and Yorkshire and Humberside, with one in five saying that their preference would be to pull pints as the owner of the Rovers Return. Third place went to Del Boy?s wheeler dealer business from Only Fools and Horses, taking eight per cent of votes.  Despite being one of the most longstanding businesses on television, the ?caff?, part of Ian Beale?s empire in Eastenders, only scored three per cent of votes. Russell Gould, managing director at Everline, said: ?These fictitious businesses are all very different but they all demonstrate the ingredients that make small business people successful, whether it?s imagining the impossible, standing the test of time or, in Del Boy?s case, simply chasing down the next deal.  “Whatever path a small business takes, passion and access to advice, information and finance to aid growth are key to helping hard working business people make the most of their venture.? Image source By Shan? Schutte