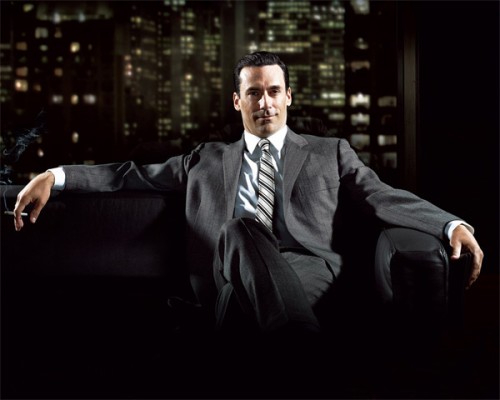 Share via
Can fiction have an impact on the real world? The answer seems to be, in a way, yes. For example,??Uncle Tom’s Cabin??by Harriet Beacher Stowe is given credit for transforming views about slavery, while books like??1984??and??Animal Farm??by George Orwell strongly affected readers’ views of government and politics. With that in mind, we unveil the four fictional companies that may have had a hand at changing the business world.

The 1960s is often dubbed a time of radical change. The world of advertising had stagnated during the war as companies focused on patriotism. But war had redefined cultural interaction, namely the role of women in the workplace. And in Madison Avenue, the location of the critically acclaimed drama Mad Men, barriers began to fall. A wave of young art directors, such as Leo Burnett and David Ogilvy, introduced a new form of energy, style, wry humour and wit never seen before. It was said that Burnett believed in ?the power of truth simply told?. He disliked tricks and the use of sex and contests to lure consumers. Essentially, they cut off the fat of previously text-heavy print and slimmed it down to an image and a couple of lines ? maybe even just a motto. Trying to find out whether fictional firm Sterling Cooper was of the same inspiring fabric, we asked the founder of advertising agency Hunterlodge, Rob Hunter, how Sterling Cooper may have changed the world of business. ?For those of us that work in the industry, it was the first show that portrayed an accurate, albeit slightly glamourised, representation of the wonderful world that is advertising. Thankfully times have moved on from the booze fuelled, sexist world of Don Draper, but the power of creativity remains and Mad Men made us remember exactly why we got into the industry in the first place. However, the real impact it had was on the wider public. ?By providing a glimpse into the very essence of advertising, it made the industry exciting again. Agencies saw a surge of fresh blood wanting to break into the industry, if only for the perceived long client lunches and a desire not to work in finance!?

The era of nostalgia: Going back to the Mad Men way of advertising

In much the same light, the antics of Gekko & Co opened a door for those that had been uncertain about joining the industry. In an article by the Financial Times, it was revealed how in 1987 Frank Partnoy, who at that time was studying maths, came across the movie Wall Street and had a change of heart in terms of career. He said: ?I was na?ve but it actually inspired me. It made Wall Street seem exotic and alluring.? He went on to work for Credit Suisse and Morgan Stanley as a derivatives specialist. He was not alone, the article explained, citing former USB banker Ken Moelis as having said: ?The movie became a cult phenomenon on business school campuses. After they joined the industry these kids told me they watched it so many times I thought they knew more about Gordon Gekko than their families.?

12 fictional characters that leaders can learn from

What happened was that many embraced the rags to riches part of the story, while conveniently overlooking his ruthless methods. It?s no surprise then that the movie seemed to take on a world of its own. ?It defined a financial era in the eyes of the public and the industry it portrayed,? said Nouriel Roubini, chairman of Roubini Global Economics. ?Despite being neither a big box office nor critical hit, its influence on popular culture even now remains strong. Gekko-esque wisdom, such as ?lunch is for wimps? and ?greed is good?, has long since passed into common currency.?

Read on to find out about how Stark Industries had a part to play in changing perspectives.