AllBright, the funding and support service for British female leaders, is behind the research as part of its FoundHER Female Founders survey, which looks to unearth the challenges they experience.

Real Business previously spoke with the co-founder of cleaning service Hassle, Alex Depledge, who offered first-hand insights on the encounters she’s had with male investors.

“We have androgynous names: Alex and Jules [co-founder] could both be guys. We’ve had some serious fun with that while out fundraising,” she said.

“Many VCs are typical white VC guys, and these two girls walk in asking for $6m and they’re like, ‘Jesus, we thought you were going to be men’. They also tend to look around the room for the CTO, who is Jules – a female.”

Depledge went on to detail that it’s not common for women to raise money, especially in the US. She said that in the US, just four per cent of female leaders have raised VC money, so she felt as though she and Jules were saying female leaders can do the job just as well as male counterparts.

It’s not an isolated incident though, according to AllBright. Some 22 per cent of female leaders feel that they haven’t been heard when speaking to male investors, which AllBright co-founder Debbie Wosskow called “shocking”.

“In the progressive, fast-paced world of entrepreneurship, you may be under the assumption that all things are equal when it comes to women securing investment for them to start and grow their businesses,” said Wosskow.

“But when only 2.19 per cent of global venture capital funding in a year goes to women, it is clear there is a problem with the report revealing that a lack of connection with male investors is one of the largest barriers to women raising.”

Despite that, the study showed that 65 per cent of female leaders feel as though their confidence has a chance to grow when at tailored events alongside peers that think in the same way.

Elsewhere, 40 per cent of female leaders have said they have a business partner and equality seems to be high on the agenda as co-founders are split evenly with 50 per cent women and 50 per cent men.

Other findings revealed that 38 per cent of female leaders said they needed a space to develop a business that wasn’t at home and a third seek entrepreneurial classes to get up to speed, while money and resources are other concerns.

Anna Jones, AllBright co-founder, added: “The results of this research definitely rang true for me. Meeting Debbie, a like-minded individual, was a pivotal point in my career.

“Often speaking about issues facing women on the London speaking circuit, one of a small number of female CEOs, we found we had so much in common and realised that if we worked together we could move more quickly to deliver on our vision for AllBright, to develop a truly innovative and effective ecosystem for female founders.”

Why do new recruits leave a business? 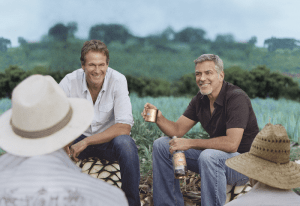 The celebrity alcohol brands that have thrived and dived