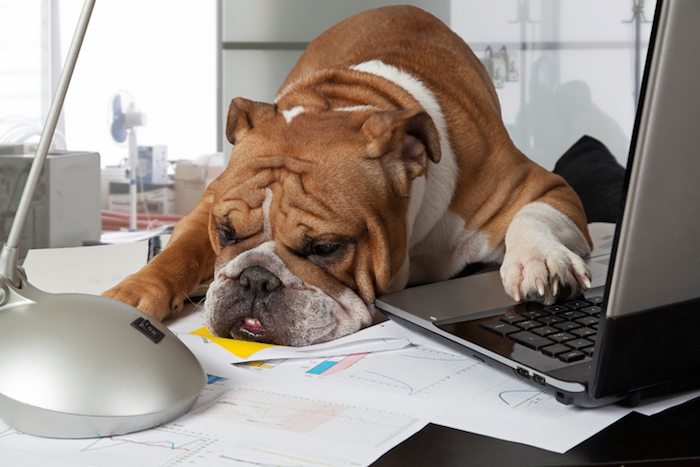 Share via
After polling UK office workers, job site CV-Library found that business owners had begun to see benefits to both employee wellbeing and workplace culture by becoming pet-friendly and letting staff bring in their pets. Over a third of respondents believed pets in the workplace helped ease stress and even boost their productivity, while almost half wanted to see more employers embrace the idea. In terms of which animals were commonly spotted in offices, cats and dogs made up 87 per cent of all ?professional” pets. However, not all staff appeared on board with the idea, with stark gender divisions also emerging from the research. Almost half of women believed that office pets helped create a relaxing atmosphere only 29 per cent of men agreed. Male workers were also more likely to voice their disapproval of colleagues” pets. Some 12 per cent of men had actively complained about an animal in the office, compared to just one per cent of women. Commenting on the rise of pet-friendly offices, CV-Library founder Lee Biggins encouraged HR departments to consider drawing up a company policy. ?With one in two households owning a pet in the UK, it’s clear to see the attraction and convenience of bringing them with you to work,” he explained. “Our new research shines a light on the latest HR trend that many businesses are implementing to stand out from the crowd and attract the very best recruits. It seems to be working, with women being more favourable to the trend. As long as clear protocols are in place for pet ownership, it is set to have a positive benefit to employees and those around them. A pet-friendly office environment could also be a useful recruitment tool 28 per cent of respondents said they?d be more likely to apply for a job if their companion was welcome.