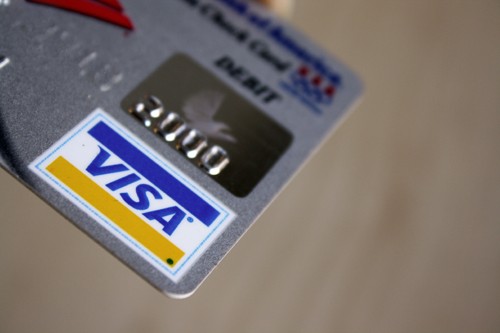 Debit cards are now used for 50 per cent of sales by value, although they account for 32 per cent of total sales, up from 30 per cent last year.

Use of credit cards has declined in terms of overall transactions, but total spending on them is static, suggesting they are being used more for bigger, more considered purchases than in the past. Helen Dickinson, director general of the British Retail Consortium, said: ?Customers are taking advantages of new ways to shop and pay. The availability of contactless cards, handy express stores and self-service tills as well as online sales has increased the use of debit cards for smaller payments in place of cash. ?This is very much in line with the attention customers have paid to price and value during the recent economic uncertainty as they have sought to minimise payments from their budgets for everyday items.? The survey also revealed the increasing cost of card payments. The average cost to a retailer to process a credit or charge card payment is now 40.9 pence, up 18.3 per cent in the last five years. Credit and charge cards account for only 9 per cent of transactions but almost half (48.7 per cent) of costs. At the same time, the cost to process a cash payment is now 1.3 pence and has decreased 38 per cent in the last five years. Dickinson added: ?It is really disappointing that the average cost of accepting both credit and debit cards have increased over five years, while cash costs have gone down. Interchange fees cost the retail industry and its customers almost ?1 billion in 2013. ?The much-welcomed European proposals to cap how much banks can charge retailers to process card payments are close to final approval, but in the meantime, we continue to work with the UK Government and Payment System regulator to implement caps on UK fees without further delay, as has happened in other European countries?. Image source