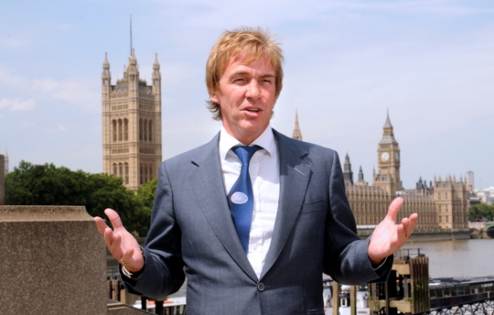 In the last five years, I have told David Cameron, George Osborne, Boris Johnson, Theresa May, Gordon Brown, Peter Jones, James Caan, half the Westminster press corps, dozens of business groups, several lobbyists and pressure groups – take a breath and keep up! – my friends, family, the butcher, the baker and some bloke selling torches outside Lambeth North station, that we need to change the way we fund apprenticeships if we are going to get anywhere with solving unemployment and our skills gap.

During that time, I’ve received a lot of enthusiastic responses to my scheme, which advocates converting Job Seekers’ Allowance into a Training Allowance paid directly to employers who take on apprentices, rather than to unemployed young people.

Although, I did sometimes feel that I was going blue in the face, trying to climb a mountain the size of Everest, with insufficient oxygen to pull off the feat.

But it looks like things might finally be changing for the better in the funding debate with the government’s announcement of a consultation on Funding for Reform on Apprenticeships in England.

This is great news. Aside from increasing the social acceptance of apprenticeships as genuine options to university, getting the correct funding in place for this incredibly vital form of job training is the only way we will be able to solve the current skills gap we have in this country.  It will also secure a future that doesn’t rely on banking and selling insurance.

The consultation lays out three possible funding methods: to fund businesses to train apprentices through incentives in the PAYE tax system; to continue to pay training organisations to do the job, or, wait for it… to pay employers directory!

No prize for guessing which option I will be backing when I make my submission to the consultation.

The method of using the PAYE system wouldn’t be a terrible option, but it already feels like it’s going to be way too bureaucratic and long winded.

Let’s face it, there’s way too much confusion revolving around the paying of tax already, so perhaps it’s a good idea not to make that any more complicated.

Also clear for me is that trusting and paying people like A4e to get the job done is a model that’s best abandoned and not spoken of ever again.

Clearly, and in line with other policies that have been designed to put employers in the driving seat, when it comes to training their next generation of workers, the answer is to pay the training money directly into employers’ bank accounts.

Sure there will be some bureaucracy, but far less than any of the other two options.

It’s just plain common sense: pay the man or woman supplying the goods or service, not their agent, associate or co-conspirator. It’ll be far simpler and there is far less opportunity for the money to end up lining the pockets of those for whom it was not intended.