The yearly survey has canvassed the sentiment of 1,854 British FDs, giving these senior professionals a voice as to what is driving, or not, business growth.

In order of importance, FDs revealed the following issues were keeping them awake at night:

Blackstone, speaking first, said that one of the big worries he has is what the government does about the list of concerns. The problem, he added, with a possible Brexit for him would be undoing some of the restructuring work that has gone on recently. Having moved a Dutch company to the UK, leaving the European Union would then mean working out which operations to move back into Europe. “There would be a sizeable economic school if others start to thing the same way,” he went on to say.

The subject of Brexit dominated the start of the debate, held at the Royal College of Surgeons, as panellists gave their thoughts on the hot topic. Filshie has observed the day-to-day currency uncertainty and fluctuations that have gone on in the last six months – a new risk for businesses that trade internationally.

“Broadly, I would encourage every business to take a blank sheet of paper and discuss the big risks associated with an exit decision,” he said. “How would customers and suppliers think of you differently? Would you competitive position change in their eyes? Prepare for contingencies – so with currencies, think about payments or recipes after the decision. Ultimately, good businesses could be hammered in the short term by changes in the currency markets.”

There is no one single issue to dealing with the overhanging threat of Brexit, Filshie warned, but business leaders must think very carefully about what could change – right the way through the supply chain.

Meanwhile, Hamilton drew attention to the skills shortage that generates more headlines than most other issues and said this is especially the case for the finance function. “We find it hard to recruit these type of people, and then the challenge of retention comes. It’s critical to us as we invest so much in training, and we like people who know the industry as we have a language of our own.”

Picking up on the same topic, Filshie is a believer of combining junior recruitment with senior hires – necessary for a fast-growth financial technology company World First. “We need expertise, and we can’t grow fast enough to meet that requirement. I’m also aware that the skill sets of a modern finance team are broader and go into areas that weren’t in the syllabus when I started my career. There is an awareness of technology and tools that did’t exist 20 years ago, and it’s very important.”

A modern-day finance professional, he continued, must able to boil down complicated financial information and present it to people who aren’t interested in the microscopic details. Making that data simple and easy to understand is at a “premium”, and finding the people to do that is often a big challenge.

Sharing their views with a room full of over 150 finance directors at CFOs, who were at The FD Surgery to treat the minor niggles and major headaches afflicting the growth of their companies, the panel then moved onto the third most worrying issue – European economic growth.

Blackburn commented: “The key question is about flexibility.” Based on his company’s position as being against an exit, he added: “How do we go back to Europe and get working again? The employment market in France is not working. The price of making someone redundant is far more than any bonus you could pay someone.”

For Hamilton, whose biggest concern centres on the energy market, Germany will be driving that space throughout the European market. If Greece isn’t fixed, will Germany have to carry the rest or Europe, he worried.

The three FDs and CFOs were a fantastic example of finance professionals taking up a much greater role in the direction of their respective businesses. Their experience, further shared by fielding questions from the room, seemed to centre on doing the necessary preparation based on any number of outcomes. If the UK does vote to leave the EU, businesses need to know what the impact will be. Equally, if the UK votes to stay, company leaders must take an active role in making sure those working on a continent-wide level are making the EU a better place to do business.

The FD Surgery’s programme also brought together the importance of cash flow, dealing with all-important data, sourcing funding and deciding upon what an FDs next career step might be. Kindly supported by World First, Bupa, Lloyds Bank, Corporate Traveller, Director Bank, FCM Travel Solutions, Webexpenses and Wells Fargo, the event will be culminating with the FDs’ Satisfaction Survey awards. Make sure to visit Real Business later in the day for these results. 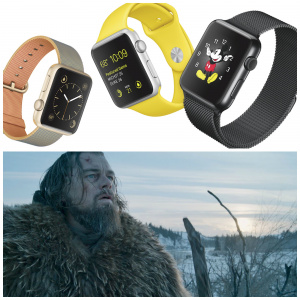 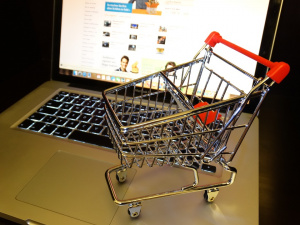