It’s clear, thanks to a survey from Concur of 500 UK FDs, that the finance department would rather prioritise activities with ‘bigger corporate implications’ instead of tackling admin tasks.

The research results, claiming FDs now spend nearly one day a week on general admin tasks – “a drain on resources” – is part of a debate that has haunted us for quite some time. The evolving nature of business has meant the changing role of the finance professional.

Indeed, it was in 2013 that David Vine, senior director at Concur Research, cited findings from Ernst & Young. It unveiled that the FD’s job was broadening into a more strategic one, “which consequently proved time consuming”. At the same time, Robert Half UK revealed 35 per cent of FDs were concerned with the lack of time their teams were given to complete work.

Fast forward to 2017 and not much seems to have changed as Concur reveals a drain on time and resources, all thanks to admin tasks.

Some 65 per cent of FDs proclaimed it the foe of the finance world, suggesting admin tasks had created a disconnect between where they spent their time and what they thought they should be focussing on. It was also suggested that the lengthy process of most admin tasks left them with almost no time for strategic thinking – they were left hoping their businesses would soon automate systems.

“These results paint a picture of how finance leaders across the UK are feeling at the moment,” explained Chris Baker, managing director of UK Enterprise at Concur. “Amidst a backdrop where finance is increasingly expected to perform a more strategic role, mundane tasks are robbing the team of time that could be better spent planning for future growth. Given the important role the finance department plays within an organisation, time is, in every sense of the word, money. By failing to ensure finance teams are working at maximum efficiency, businesses are losing out.”

It echoes an article from Oracle’s senior director of product marketing, Dee Houchen, who professed: “Many companies still have manual finance processes that are extremely time-consuming and which are largely focussed on ‘housekeeping’ rather than innovation. The continuing rise of automation in the back-office should be changing all that, particularly with regards to speeding up admin tasks so finance can spend more time spotting and developing new business opportunities.”

Nonetheless, many respondents claim their teams still rely on manual processes. Some 37 per cent of FDs claimed their expenses process was largely or entirely comprised of spreadsheets and paper, while 32 per cent said the same applied to invoices. When it came to payroll though, 55 per cent were using automated solutions.

The latter is proof that things are changing. The streamlining of finance processes on the whole is on the up – 86 per cent said their own operations had become more efficient. But they would still rather be on a mission for the pursuit of value, do critical thinking and tackle the most immediate situations, Concur found. Some 68 per cent claimed cash flow was still king and that effectively managing it was their most important role. Compliance with HMRC regulations, budgeting and helping the business increase revenue also ranked highly. 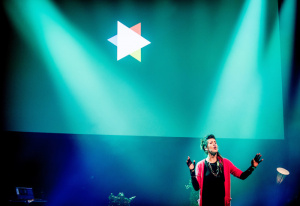 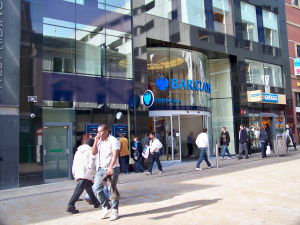