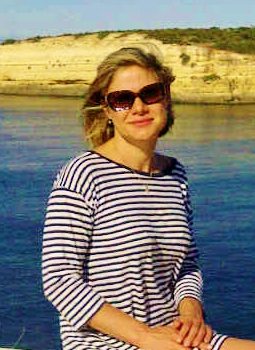 Although finding the problem might be the hardest part, the answer is often closer to home than you think – mainly your own experiences. And if you can find a product or service that is better than the competition, or better still, disrupts the current market, then you might already be on your way to becoming an internet millionaire.

For Manya Klempner, co-founder of Moose X-Training, inspiration came in the form of fitness. We all know that in order to look good, as well as feel good, it’s important to exercise. But let’s be realistic, even the most accomplished and disciplined among us struggle to incorporate fitness into our lifestyle. “My gym bag was well travelled but rarely made it to the gym itself”, Klempner admits.  “There was either too much work, it was too late, I was too hungry, tired or the weather was bad. So, I got myself a personal trainer (PT). He would meet me on my doorstep twice a week. I would work out for 50 minutes, after which he would collect his stuff and leave, and within an hour of coming home, I would be on the couch with a glass of wine in hand. It was easy, convenient, and I didn’t have to waste money on a gym membership I would rarely use.” As the economic downturn struck, Klempner’s journey from banker to entrepreneur began. “New regulations came into play, which made it harder and harder to do business. It became difficult to trade with counter parties because banks were less willing to take risks. It just wasn’t as fun as it used to be. But the idea of entrepreneurialism was interesting as, being a derivatives marketer, I essentially had my own small business within a large bank. I was ready to take that one step further, but also to embrace the autonomy, creativity and risk of doing it for myself.” There seemed to be an opportunity that had not been exploited yet, and all it took was a little common sense. “I don’t particularly like exercise. On the flip side, I know I ought to and want to exercise. I took a look at myself and thought that there were probably a lot of people just like me, especially busy people, such as professionals and mum’s. When I bought the subject up with Nick, the co-founder and my former PT, he confirmed it.” But when it comes to keeping schedules, both PT’s and clients can duck out at the last moment with a hasty text and an uninventive excuse, which undermines commitment to a regular fitness routine. Furthermore, towards the end of a series of sessions, inevitably there is a disagreement about how many sessions are remaining, which ones were cancelled with sufficient notice, etc. Health should not be about record-keping or negotiation. This is what makes Moose X-Training so distinctive in its marketplace. The personal industry is fragmented, with high-end companies that only the rich can afford at the top, and one-man bands that take cash up front and could potentially disappear before your session at the bottom. There’s a gap in the market where it’s hard to find a personal training company that offers both affordability and convenience yet also transparency and accountability, where you can pay with credit card, schedule things online, and is registered as a proper company. Moose X-Training is taking PT mainstream. But by keeping her own experiences of fitness to heart, Klempner explains that Moose X-Training does not necessarily target hard-core gym-goers as they already go the gym. Instead, they’re providing a solution for people who want to exercise, but just can’t seem to find the motivation to do it. Don’t get home until 20:00? That’s still not an excuse in the eyes of the Moose as their office hours range from 05:30 to 21:30, with PT’s available all seven days a week, including most bank holidays. So, what was the real challenge? “For one, we launched in November 2012, the longest and coldest winter most people can remember. It was a tough start. Secondly, our target market is not necessarily keen on fitness and isn’t always looking for a solution. So, we have to get their attention. We have to hold the mirror up and say: ‘Hey you, we know you’re not going to the gym even though you want to. Let’s call a spade a spade.  Whatever you’re doing, however much are you spending to look good, be it on highlights, tanning, manicures or a simple massage? If you were to spend a fraction of that on feeling good as well, externally and internally, then imagine how much more value that would provide?’ It’s all about convincing new clients to give us a go, because our strategy is not to constantly replace client flow but to make sure we keep the clients that we have to develop annuity. We know we’re doing something right, however, as our client retention has been excellent; nearly 100 per cent renewal.” Although Klempner mentions wanting to expand within the UK, and even internationally, the ambition lies in growing Moose X-Training’s corporate presence. “We’d like to build upon our corporate presence and become the core provider of services for certain organisations. Healthy employees are productive employees. Almost all companies currently provide subsidised gym membership to their employees. The problem is that it doesn’t matter if the company pays for it or if you pay for it, if you’re not going to the gym, you’re not going to the gym. So, you’re not getting the benefits, nor is your employer. It defeats the purpose.” By Shané Schutte