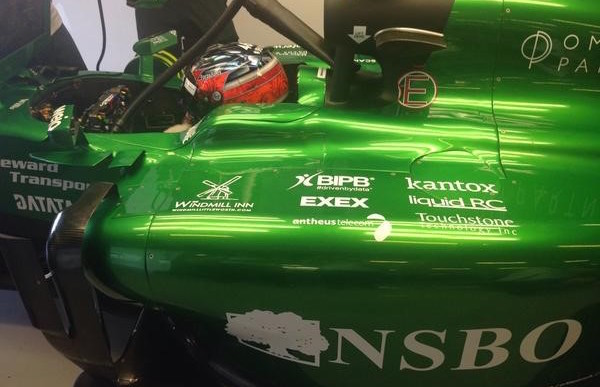 As the co-founder of Kantox – a peer-to-peer FX platform challenging the banks’ traditionally opaque methods of trading FX, I’m more than familiar with the struggles that come with being an underdog.

Being a challenger finance company in an industry dominated by the some of the world’s longest standing and wealthiest traditional institutions is certainly no simple task– which is why the opportunity to support a fellow challenger appeals so much to me.

Caterham, the British Formula One team has had its fair share of knocks, but that hasn’t stopped the team from fighting to achieve their dream – to compete in the Abu Dhabi Grand Prix on Sunday 23 November.

While the likes of Red Bull Racing and Ferrari are backed with over $400m each by the world’s largest corporations, Caterham was faced with just $70m to fund its season. With such little to support the team, Caterham was forced to sit out of the major races in the US and Brazil and until recently it seemed likely that the team would face similar disappointment at Abu Dhabi – until they sought help from FinTech.

The Caterham team put their plight on crowdfunding site CrowdCube and within weeks raised the £2.35 million required to race this Sunday in the last race of the season. While big banks traditionally sponsor the largest teams, Kantox has put its money behind a fellow challenger.

Conventional banks are welcome to have their names on the cars of the most famous teams; the Kantox team and I are supporting a squad that shares our passion for fighting for what we believe in, even when we’re up against the big guys.