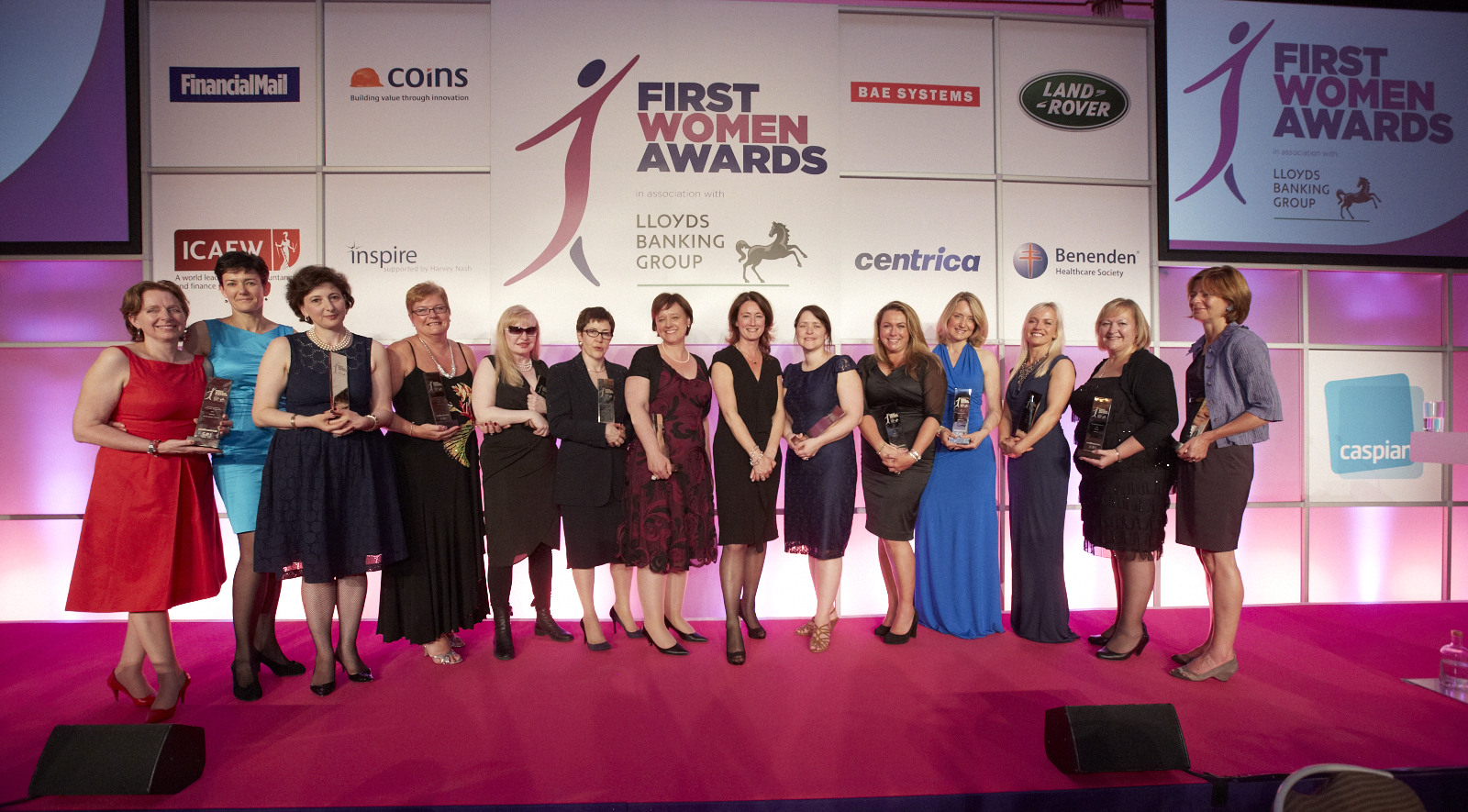 At the First Women Awards 2012 we honoured 11 pioneering women, leaders across all sectors who are laying the foundations for the next generation of female talent.

The First Women Awards, in association with Lloyds Banking Group, were hosted by Real Business magazine and the CBI, and held at the Grand Connaught Rooms, London.

And the winners are:

Shere Hite, who has sold more than 48 million books worldwide in her lifelong crusade in setting the agenda for feminism and sexual research in the 20th and 21st century.

Pam Maynard, general manager for technology business Avanade, which has seen a 100 per cent increase in profits under her leadership.

Former professor of oncology and current lead partner at KPMG, Hilary Thomas; and Aimie Chapple, managing director of Accenture, leading a programme to educate her workforce about non-visible disabilities.

Julia Hobsbawm, founder of global networking business Editorial Intelligence (EI), who was described by the judges as a ‘catalyst for phenomenal thinking’.

Diane Johnson, the first woman to be appointed President of the Electrical Contractors’ Association and founder of Wired for Success, an apprenticeship scheme designed to help more women into the industry.

Home Secretary and Minister for Women and Equalities Theresa May said: “All the winners and nominees are leading the way and I hope these awards will inspire even more women to become pioneers. That’s good for our economy, good for our society, good for women and good for Britain.

“Women are at the heart of our economic future and making the most of their skills is essential. I want us to do everything we can to unleash women’s talents and give them the support they need to reach the top.” First Women Awards supporters include: BAE Systems, Benenden Healthcare Society, Centrica, COINS, Harvey Nash, ICAEW, the Institution of Mechanical Engineers, the Financial Mail, and Land Rover. The charity partner is Teach First.