A strong entrepreneurial streak runs through the First Women of Media category this year. Here’s the full shortlist:

Julia Hobsbawm is CEO and chair of Editorial Intelligence (ei), a new type of networking business that taps into people’s desire to learn and meet interesting people, simultaneously carving out a new niche market in which ei is currently unchallenged. She plans to develop Editorial Intelligence into a global networking business with networking hubs around the world. Described by historian Simon Schama as “the original saloniere”, Julia was appointed honorary visiting professor in networking for Cass Business School in autumn 2011. Previously in her career, Julia founded the first “integrity” PR firm, Hobsbawm Macaulay Communications.

Nicola Mendelsohn has broken new ground in becoming the first ever female president of the Institute of Practitioners in Advertising (IPA) in its 95-year history; she has trebled the percentage of women on the IPA’s council to a record 30 per cent high. She has helped develop the IPA’s new Future of Talent initiative to broaden the cultural intake into the creative industries. She was previously president of the Women in Advertising Club of London, where she pioneered a mentoring programme to reach out to more junior women in the industry; up to 100 young women regularly attend the club’s events. In her regular day job, Nicola is executive chairman of the £23m advertising and PR business, Karmarama.

Alix Pryde is the first woman ever to lead BBC’s Distribution team, responsible for ensuring that BBC programming reaches every home in the UK. Under her leadership, Alix’s team have achieved a number of firsts: launching Freeview in 2009; live 3D broadcasts; and enabling the broadcasting of every second of every event at the London 2012 Olympic & Paralympic Games. With a Cambridge PhD in theoretical physics, Alix supports women in physics as well as aspiring women in other walks of life. At 26, in her earlier career, she joined the all-male executive board of Kelvin McKenzie’s radio company, the Wireless Group, as head of development.; and was chief adviser to BBC COO Caroline Thomson.

Shere Hite is an internationally recognised expert in the field of psychosexual behaviour, whose books have sold more than 48 million copies worldwide. Her Hite Reports were groundbreaking in that they opened up the discourse about sexuality between men and women. Controversial to some, beneficial to many, her work has set the agenda for sexual research in the 20th and 21st century. Her latest findings, in Sex and Business, draw on research from ten major corporations into inequality at boardroom level, highlighting the possibilities of good working relationships while warning of ongoing dangers of prejudice.

At the age of 35, Christine Costello was a main board director of Express Newspapers. At Scottish Media Group, she was a key part of the launch of Scotland’s first new Sunday newspaper for ten years, the Sunday Herald. In 1999, she became managing director of Pearl & Dean’s cinema advertising business. Fired by a passion for cinema and a fascination with new content programming in a digital world, she set up the groundbreaking More2Screen in 2006, with her partner Penny Nagle, distributing opera, ballet, theatre, musicals and other cultural programming to cinemas worldwide, and changing the cultural landscape of the UK. In running her own business, she encourages flexible working and is described by a colleague as an “authentic leader”.

Winners of the First Women Awards 2012 will be announced at an amazing awards ceremony on June 28, 2012 at the Grand Connaught Rooms, hosted by BBC presenter Clare Balding. 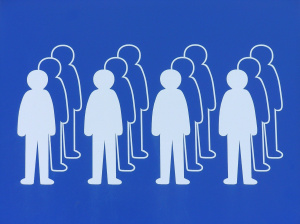