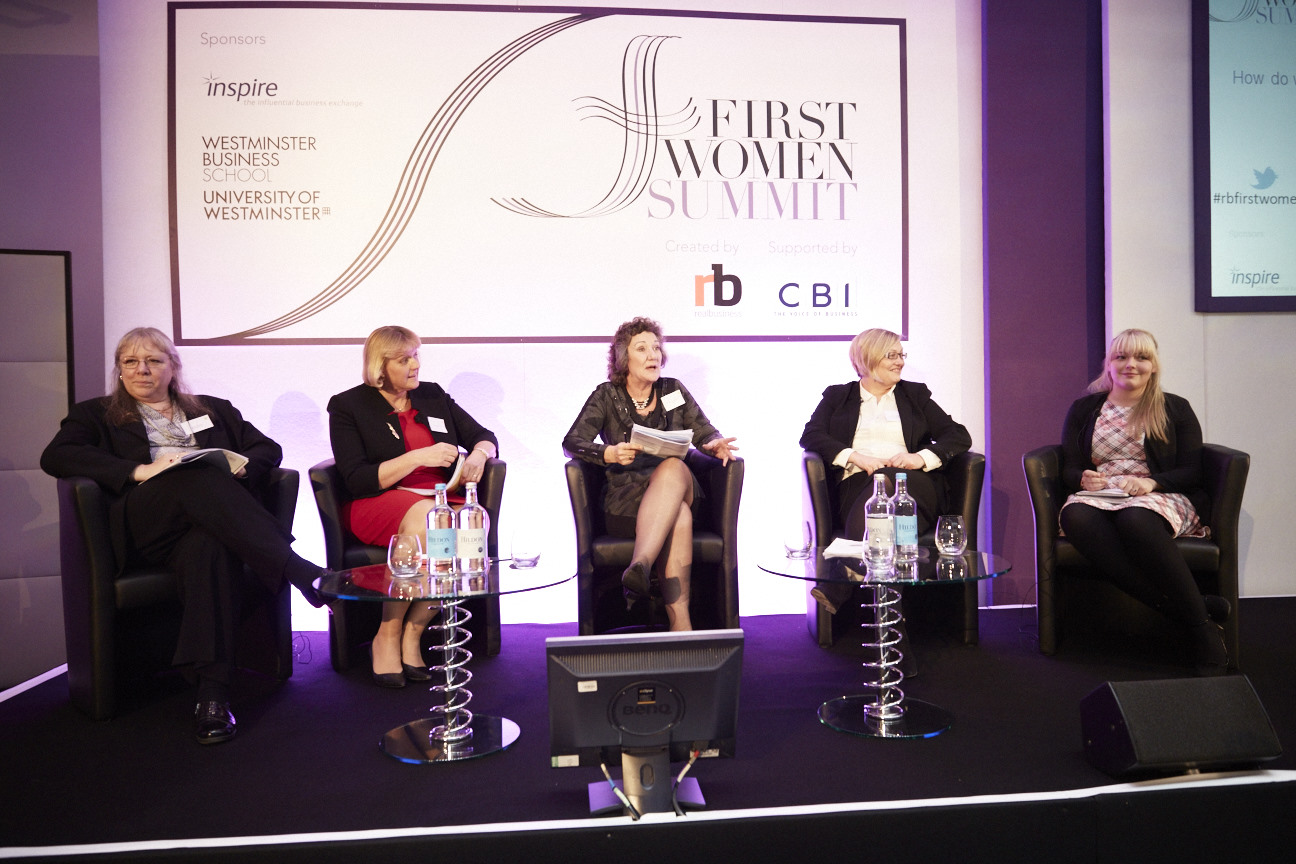 The First Women Awards, now ten years old, have showcased senior-level businesswomen and professionals who have excelled in their field. This community of trailblazers was brought together for the first time at the inaugural First Women Summit on 4 February when discussions ranged from boardroom quotas to flexible working.

One panel discussion which was very much forward thinking was “Tomorrow’s women – How do we create the next generation of female leaders in business?”. Bringing together females from the worlds of engineering, construction, transport and education, the debate looked at whether there has been progressing education, what is being done about under-represented sectors, how issues such as confidence can be dealt with and how change can be enacted faster. Shauni O’Neill, police liaison officer/project officer at Transport for London, wanted to see more careers advice in secondary school – as early as pre-GCSE selection. O’Neill, who was named National Apprentice of the Year in 2011, added: “It shouldn’t just be a case of ‘fill out this application’, which will tell you where you want to be – mine told me I should be a truck driver. “At that point you can present the opportunities available and explain to young women that it is not just the traditional university route that is available, such as apprenticeships.” Julia Waters, who has first-hand experience of what it is like nurturing the next generation of female business leaders though her job as headmistress at Wimbledon-based Ursuline High School, countered by saying that careers advice and education in school had come a long way. Her school has two full-time careers advisors, who recently held a speed dating-type event to provide information on  jobs. “It is about finding your passion. Girls don’t often have networking opportunities, so one thing we say is ask your employers to give you half a day to go into secondary schools – paid half days off in the public and private sector to give those girls role models,” she said. “It’s very difficult for young people to make their choices about careers, and puts pressure on them early on. We have to make sure we get that balance right. Girls also say that they want more inspiring teachers, and that is a dilemma in the UK.” Read more from the First Women Summit: For Louise Brooke-Smith, who has spent her career in the male-dominated surveying and construction sector, getting young women excited about a career in that space has been hard work. Declaring that the number of women in sector is “shockingly low”, she added that when her career began it was 2 per cent female. Despite this rising to 15 per cent in present day, she still believes there is more to do. “This year my platform is diversity. It is not just about gender, but diversity as well. The government wants industry to take a step the the right direction, and the industry needs a bigger pool to fish from,” she explained. “Our sector will suffer if we don’t fill that skills gap. There are lots of initiatives happening now, and we are seeing a difference. Our massive press programme is trying to change attitudes, not just from girls themselves but from their mentors and teachers. We want to make them aware that the surveying world is one they can enter.” As part of the First Women Summit, a manifesto was drawn up to educate the next government on what they can be prioritising in order to support women in business. Education played a strong role in that, encouraging more girls to get involved with subjects long deemed to be the playground of men. For Jayne Bryant, who has spent her entire career in the engineering sector, she is working hard with the government and others to promote STEM (science, technology, engineering, and mathematics) careers for females. A fellow of the Royal Academy of Engineering and now head of a 600-strong team of engineers as engineering and technology director for defence information at BAE Systems, she believes the country is in need of lots more engineers for the future. “We have over 300 STEM ambassadors going out to schools and touch 30,000 pupils, getting across to girls to think positively about a STEM career,” she commented. “I’ve come to the conclusion that we need to keep attacking it and chipping away, but also getting to mums and dads to educate them on what engineering is. We need someone like Brian Cox to change the perception of engineering.” Under-represented sectors, those largely found in the STEM space, were put firmly in the spotlight by the debate, led by YTKO chief executive Bev Hurley. To create “tomorrow’s women” – the next generation of female female leaders in business – we will need proper representation in all walks of the working world. Image: Shutterstock By Hunter Ruthven