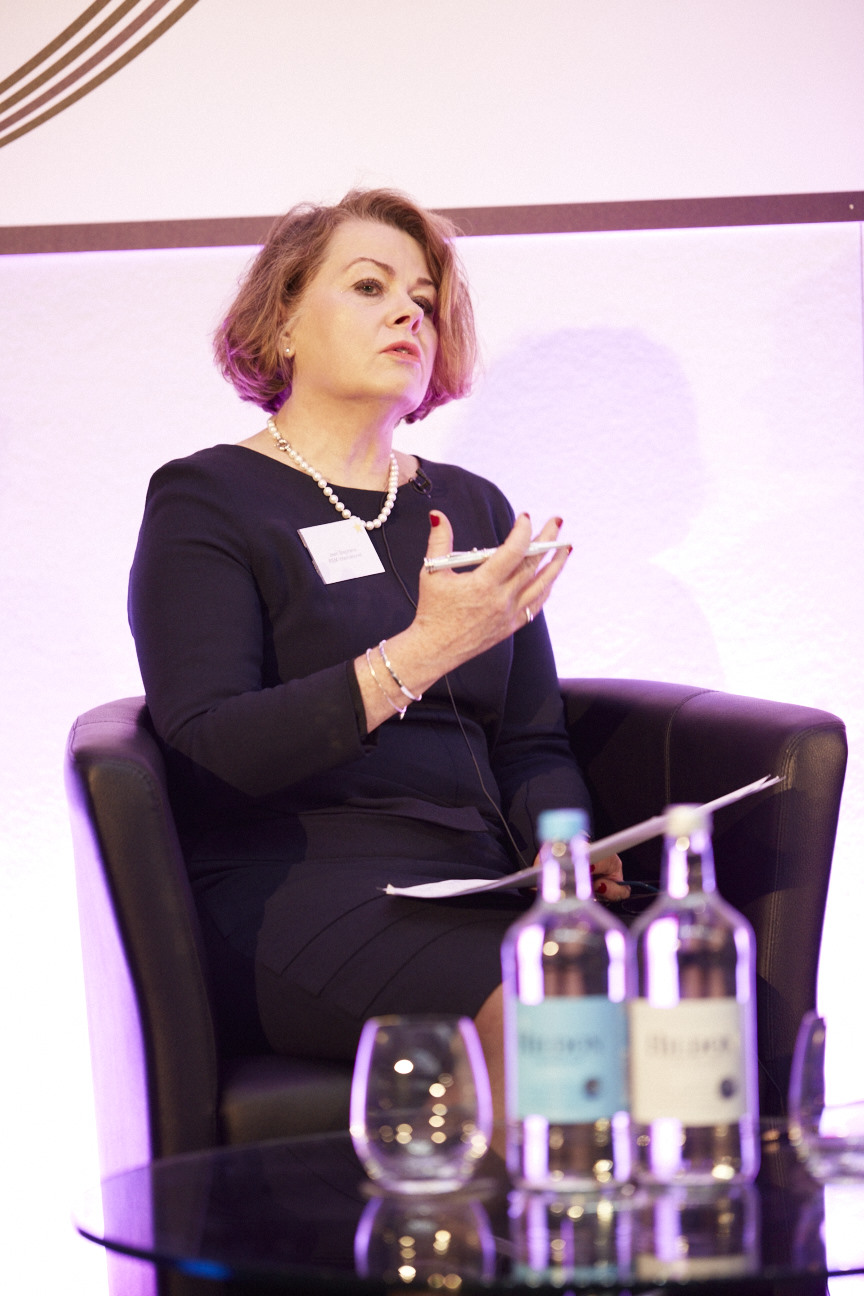 Being head of a company is like being a manufacturer of a formula one car, you need to constantly drive change because instead of waiting for you to build a better, faster or more stream-lined model, they might take their business elsewhere.

Despite the fact that almost half of the overall UK workforce consists of women, government statistics found that only 15.5 per cent go on to take a job in STEM. For engineering, the figure drastically drops to nine per cent. This is shocking given the fact that more women graduate from university than men. An even smaller statistic of women make it to the top. Inna Baigozina-Goreli, a partner at A.T. Kearney, is astounded by these figures. Its almost unbelievable,” she said. 57 per cent of women earn higher degrees than men. Were outperforming them. But when you take these degrees to jobs, it becomes a paltry 1.7 per cent that make it through. This is an issue that needs to be addressed. This is something that the governments Your Life campaign is looking to do. The campaign seeks to encourage young people into maths and science. But the pipeline is broken at age 16, according to education minister Elizabeth Truss. In 2014, she announced that only two per cent of girls taking A levels do physics and only eight per cent do maths.

But Baigozina-Goreli believes that education shouldnt stop at the youth of today. “We need education for parents as well. Children dont even know that maths is proven to increase your earnings later in life because their parents dont share it. Inevitably, they themselves dont understand, so they end up not encouraging their children into such fields. This is something we need a better grasp on: understanding what STEM can do for you. “There should be a role in education in setting up expectations. Theres a myth floating around about the amount of skills needed for a job in technology. Maybe we need to break open the skills actually required to be a success and hatch open those stereotypes. But we also need to start setting the tone of the institutions, training and guidelines as well. According to Jean Stephens, CEO of RSM International: Something else Id like to address is the pay gap issue. It isnt something Ive experienced, but you hear stories about it all time. Its frankly outrageous that it’s still happening! The concept is just ridiculous. Progress is definitely moving too slow. I might be dead by the time the issue has been resolved and that just comes to show that the government might really be needed to help push the issue. On the other hand, maybe we just ned to be more aggressive and assertive. It simply isnt acceptable. Indeed, the media has heralded that the pay gap has shrunk to a record low, but the fact is that it still exists. ONS revealed last year that the difference stood at 9.4 per cent, a gap of 100 a week. However, this change was the result of mens wages dropping faster than that of their counterparts. “We need to start naming and shaming companies who still pay women less than men,” saidBaigozina-Goreli. Its time we put the offender on the front line. Its scary: women dont believe that there will be a post gender economy for at least 15 years, and five per cent believe well talk and talk but nothing will happen. We need to push companies harder.

Katy Hall, deputy director-general of CBI, revealed that there is no financial support available to women, specifically when it comes to childcare. Poppy Mardall, founder of Poppys funerals, said: We recently got an email from a single mum with three kids working for us, saying that she couldnt do it, child care costs were just too high. The issue is that the kid has become the mums problem. But it shouldnt be, it should relate to both parents. And if it becomes everyones problem then we should deal it. “When a child is ill its also the mums job. Its no wonder why women try not to take too much time off after that or even think of taking leave, they dont want to let their companies down. But f it was as much a female as male problem then women wouldnt feel so bad all the time. This is a cultural issue we really need to work on. Hall suggested that childcare being made tax deductible was a good option. “We should go even further than that. But we need to keep in mind at what speed this in Perhaps we first need to take a look at making child care more flexible and ensuring that it’s of high quality. Therell probably be a much higher emphasis on mums and dads feeling confident their children are safe and well looked after. By Shan Schutte