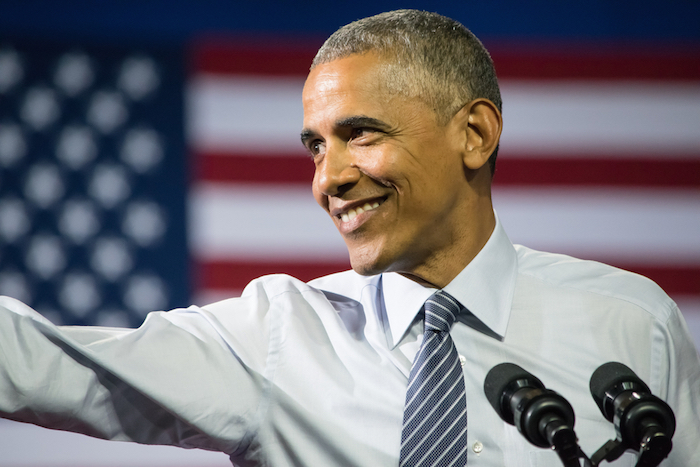 Share via
On Friday 20 January 2017, Barack Obama left the White House and officially became a free agent. After being in the same role for eight years, he may want to find something new to do with his free time. Having vacated the 132-room White House for successor Donald Trump, Obama and his family will have to make do with calling their new ?5m residence in Washington?s wealthy Kalorama neighbourhood home. But first and foremost, the former president revealed that a holiday is the first thing on his agenda.

Hi everybody! Back to the original handle. Is this thing still on? Michelle and I are off on a quick vacation, then we?ll get back to work.

We at Yell Business feel that with all the experience gained from being the 44th president of the United States, he should follow one of his many passions and start up a new business that could combine the two. With that in mind, below are some new occupations Obama could consider now that he?s out of the White House ? complete with business cards and business names. 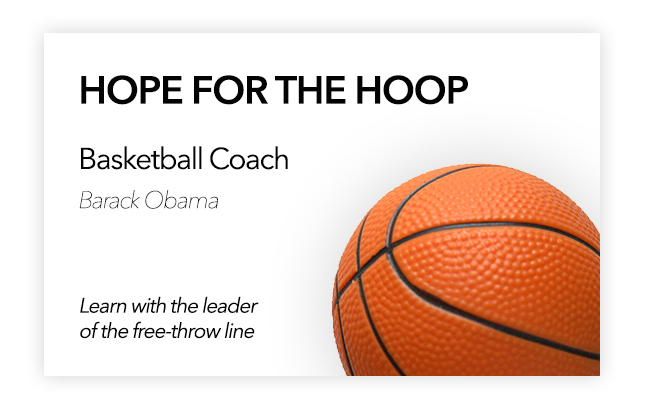 It?s no secret that Obama is a huge basketball fan. He played competitively from an early age and was even nicknamed ?Barry O?Bomber? in high school for his hoop skills. As the only baller to ever grace the White House, Obama made some updates to the property?s basketball court in 2009, with fresh court lines and removable baskets added so that he could play full-court basketball. In addition to his obvious breadth of basketball knowledge, Obama?s resume features world-class leadership skills and the ability to make snap decisions on the spot that could easily react to a crisis on the court. For that reason, Obama could become a freelance basketball coach in no time. NBA is growing in the UK, with the recent ?Global Game? series in London seeing the likes of Paul McCartney in attendance. Meaning we could see more of Obama on these shores if he takes this up. This next job will allow him to unleash his inner superhero ? find out what it is on the next page.