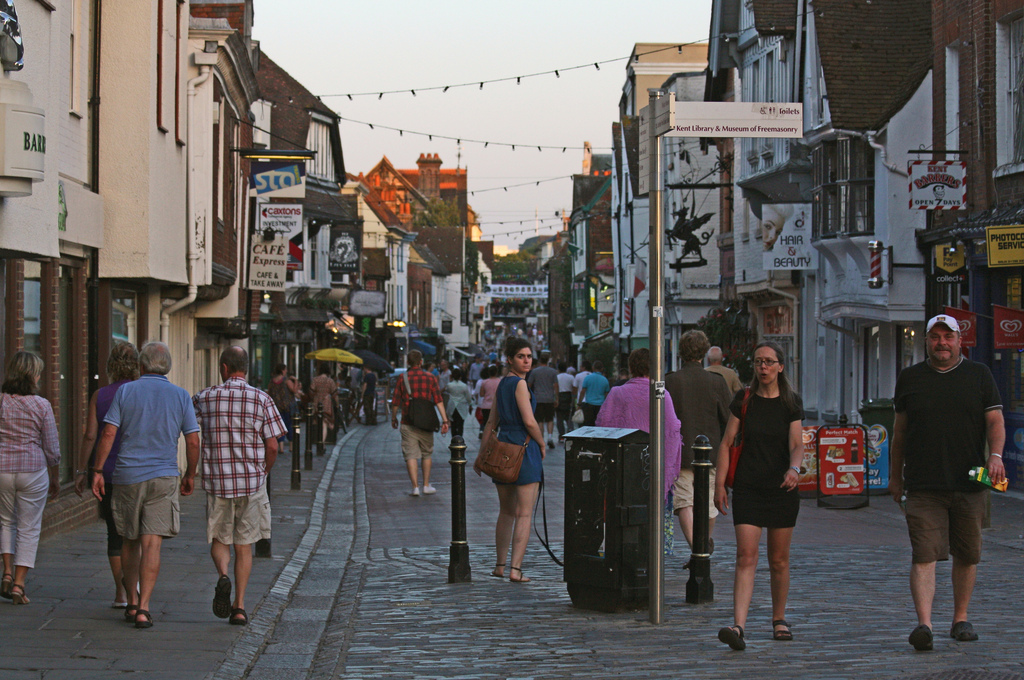 While figures show occupancy rates are growing nationally there remains a regional divide, with northern cities feeling the brunt. It’s also hard to argue that a high street filled with bookies, consumer credit firms and estate agents is ideal.

But businesses are policymakers are beginning to pull in the right direction and there are a number of changes which could certainly give the high street more of a fighting chance. 1. Business rates reform As I often bang on about, business rates place a disproportionate burden on bricks and mortar retailers. By virtue of needing to be in an area with high footfall and needing enough floor space to accommodate customers, they have to pay high rents, and therefore also higher business rates. Research shows that 46 per cent of all small businesses list business rates as a continuing burden and a committee of MPs labelled the rates system as “not fit for purpose” earlier this year. The Government has announced a £1000 discount for the smallest of retailers, but this has since been described as “just a sticking plaster.” The answer to this problem isn’t straightforward. Local councils have an obligation to provide certain services so as a consequence any change in rates the system would need to be properly funded. But a shift away from charging based on the arbitrary value of occupied premises would be worthwhile. 2. More support from councils Some councils are taking a pro-active approach to bolstering their High Streets but others seem to be cutting off their nose to spite their face. While out of town retailers all offer free parking, it can be a nightmare to park anywhere near your local shops through fear of a jobs-worth parking attendant slapping you with a big fine. Creating more free parking areas and prioritising the high street when it comes to other development issues would be a massive help. Councils also need to be empowered by the Government in the form of planning law and business rates reform. 3. Greater focus on “experiential” retail The high street isn’t going to compete with online on price. Some of the most successful bricks and mortar retailers succeed simply through convenience. For some shoppers, picking up food on the way home from work, or being able to try on clothes rather than worrying about getting the right size, is always going to be better than buying online. For other retailers the answer is to make their premises into an experience. People continue to enjoy shopping as a leisure activity so making the experience fun, informative and more personal gives ‘bricks’ the edge over ‘clicks’. While this is very much the direction many retailers have pursued, it does give rise to the problem of showrooming… 4. Combating ‘showrooming’ Showrooming is a big headache for retailers. Free from any obligation to pay in store, shoppers are increasingly visiting shops to sample products, get advice from staff and try items on before heading home, getting on the web and finding the best price. Some even browse There’s no easy fix to this problem, but going for the hard sell while you have the customer’s ear probably isn’t the answer – they just won’t come back again. Instead its important to give quality advice to guide the customer towards a purchase, and to make it as easy as possible to pay.  Giving salespeople discretion to offer discounts and bundle items together can undermine some of the allure of buying online. Depending on the retailer, free home delivery could also be a massive attraction for customers. 5. Collaboration Small and medium retailers working together for the high street as a whole could ultimately be in everybody’s benefit. Clubbing together, possibly with assistance from the council, can help retailers produce a united front and make the whole shopping area a destination in its own right. For instance retailers could have a shared loyalty scheme, with shoppers able to collect and redeem points across a range of independent stores. A recent study from American Express suggested that collaboration could be worth as much as £900m to independent retailers. Image source