It’s often said that self-employment ends up being a particularly rough deal for women, because you don’t get the kinds of benefits that’d be on offer if you were an employee in a larger corporation.

It’s true that by running your own business you miss out on things like paid maternity leave, generous holiday allowances, private healthcare and a company-provided crèche. When you’re in charge of your own show, all of these things come at a cost and you’ll be the first person to feel the effects of this.

But with self-employment levels in the UK reaching record highs, and the number of women in work at an all-time peak, surely there has to be something about self-employment that’s making more and more women turn to this mode of work?

I certainly think so, and here are my five reasons why.

Ever noticed that in many industries, there are high numbers of women at the bottom of organisations, but never at the top? I have so many friends who began their careers with impressive jobs working for blue-chip companies, but who never managed to master the slippery climb up to a managerial role.

There’s an abundance of reasons as to why this is the case, but to my mind it comes down to highly masculine working cultures in well-established organisations, as well as the problem of raising children (if you have them) when you have fixed hours and annual leave.

But when you’re self-employed, you are your own boss, and you don’t have to deal with many of the gender-related challenges that are so often faced by women in the workplace. Granted, you’re starting small, but the sky really is the limit when you’re in charge – just look at Ariana Huffington’s story if you’re in need of inspiration.

(2) There’s more protection than you think

Both women are concerned by the fact that when you’re self-employed, you effectively have no employment rights – this is often a big worry, especially if you have a family to support.

But that’s a reality which is rapidly changing. A recent study by the RSA explores how groups of self-employed workers all over the world are coming together to create private and network-based solutions to this problem.

For example, some Dutch self-employed workers have established their own sick pay funds, which they pay into privately, and are regulated informally. It seems to be working wonders.

This could be the future of employment for many of us, and it offers the security of standard employment rights without any of the red tape that comes with being on someone else’s PAYE roster.

On the next page, read how family life and the pay gap fit into self-employment for women. 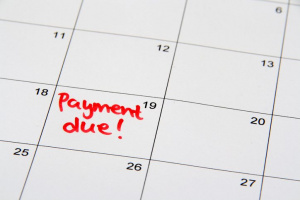 Are we one step closer to tackling late payments? 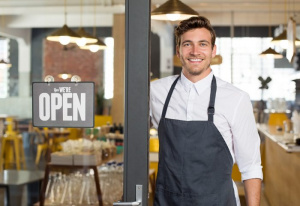 Sector focus: Why British restaurants should invest in a greener future