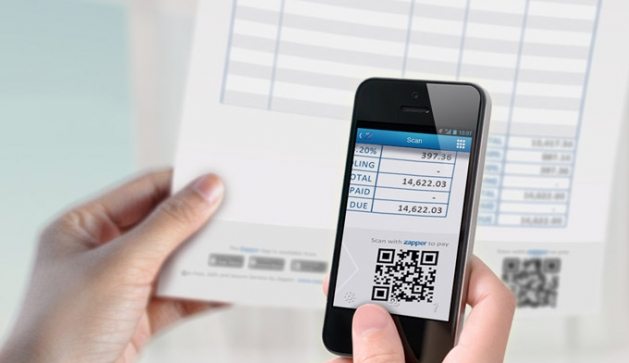 Mobile payments are getting a lot of press in the business media. Everyone seems to be talking about how mobile is the future of business, but often it seems like it is just talk.

The fact is, though, it’s not just talk. The statistics and customer surveys bear this out. By remaining sceptical and not adopting mobile payment options, you are missing out. Here are five reasons why. 1. Many of your customers already use it, just not for your business
Mobile payments are big business across the UK and Europe. In Western Europe as a whole, the mobile payments market was around $19bn in 2012, and it will grow to at least $29bn in 2013. The Payments Council says that by 2022, mobile phones will be used in 1.5 billion transactions a year, up from the current number of 356 million. These mobile payments are spread across a range of sectors, too. Of the mobile payments made in the UK, 22 per cent of the payments go to retail, and 20 per cent go to transportation costs. Food and beverage sales account for 17 per cent, tech sales make up 14 per cent, and 11 per cent of mobile transactions are used to pay bills.  Given the range of sectors mobile payments are used in and how many people use mobile payments, it is safe to say that many of your customers have used their mobiles to make payments. They just haven’t used their mobiles to pay you yet. 2. And those who don’t use it don’t trust it ? yet
Right now, many people who have the ability to make payments using their mobiles aren’t doing so.  Half of respondents to a recent ICM survey said they don’t use mobile payments because they have fears about how secure the system is. But consumers often have this fear when new payment systems are introduced.  Take online shopping for example. Amazon and eBay both launched in 1995, when only 16 million people worldwide shopped online. Concerns about security kept people from adopting online shopping, but as retailers and other businesses sought to reassure the public, the number of online shoppers soared. As of 2013, nearly 3 billion people ? almost half the world’s population ? have shopped online. The size of the market grew more than 187 times larger in less than 20 years. Mobile payment businesses are constantly working to improve security and demonstrate that to the customers who have yet to adopt mobile payments. That approach will pay off, too: 51 per cent of consumers said they would use a mobile wallet system if their security concerns were addressed. 3. It will only grow in global importance?
Just about every business has the potential to be an international company, as the internet has made every business and consumer more connected than ever. So as mobile payments become more important around the world, they will become more important to almost all businesses, no matter where they are.  And mobile payments are becoming more important: they will rise by 44 per cent globally, going from $163.1bn in 2012 to $235.4bn in 2013.  Similarly, the number of people using mobile payments will grow from 200.8 million in 2012 to 245.2 million in 2013, and global mobile transactions are predicted to reach $1tn by 2015. Continue reading on page two…