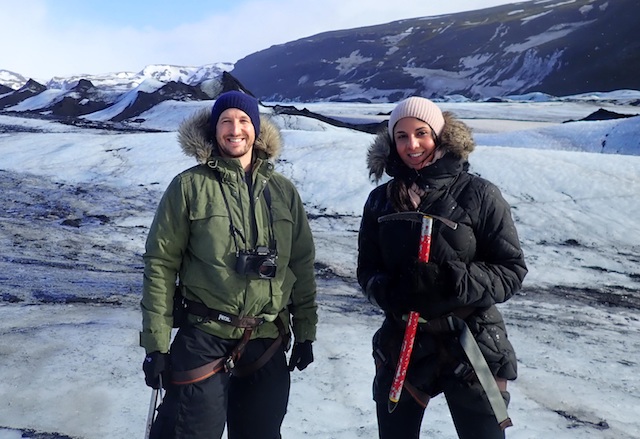 Share via
You’ve heard of the book (and subsequent film) ‘Eat Pray Love’ right? If you don’t, it’s the story of a woman, who, seeking some sort of sign from the universe, leaves her normal life and takes off around the world in search of enlightenment. Well, the story behind the foundation of Flash Pack, a business that caters to the travelling experiences of people in their 30s and 40s, is similar, but only so much better… Why does it make for a better story than Julia Roberts slurping spaghetti in Rome? Because the passion that helped galvanise Flash Pack as a business started between the two founders, who both travel junkies in their thirties, wanted something more from travel, and as it turns out,  each other… “It was on our first date where I told Lee about my idea for Flash Pack”, says co-founder Radha Vyas about her first ‘meeting’ with business, and later, romantic partner, Lee Thompson. You can imagine the scene. The location, some moodily-lit subterranean bistro in London, where, over a couple of glasses of wine, a meeting of the entrepreneurial minds was taking place. Here’s the rest of their story…

Now, before you get carried away and think that we’re doing a ‘tell-all’ about the couple’s romantic story, we’re only covering the business spark here! So where did that eureka moment come from? Why a travel company, and why that particular 30s-40s demographic? “You had 5.2 million men and women in the UK, aged 30-49, who had disposable income and an appetite for wanderlust, but no-one seemed to be catering to their needs”, says Vyas. “This was a huge, untapped demographic of city high-fliers and creative young professionals who craved adventure but were totally unseen by the industry,” she adds. The couple couldn’t believe their luck, not only did they have a great business idea, they were facing a British travel economy that was completely unsaturated for these customers: “At the time, it seemed that the UK travel market was catering to either high-end lux loving travellers or younger budget backpackers, we wanted to cater to those who wanted an authentic experience but with a little more comfort,” says Thompson.

The culture of travelling was changing 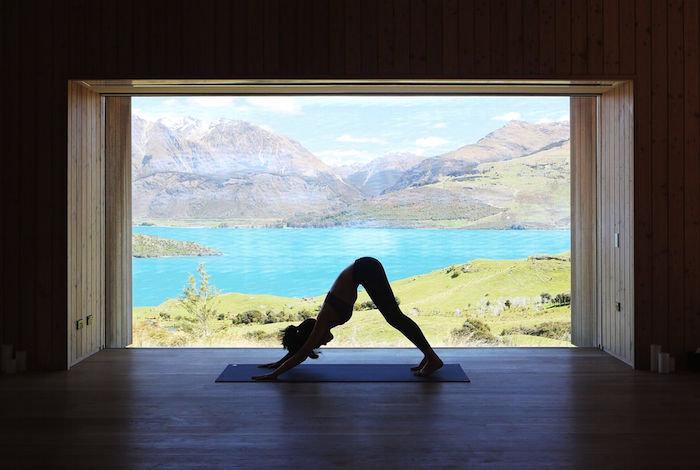 The couple’s business idea was about more than merely targeting an age bracket. When they launched the business in 2014, it was at a time when self-care and wellness were concepts that were just becoming popular in the mainstream. Flash Pack was, undoubtedly, influenced by these cultural changes in society: “We realised that with the growth of experiential travel, there was a real appetite for original, boundary-pushing adventures; the kind that propels you out of your comfort zone,” says Vyas. “These people want to get under the skin of a destination with local, authentic experiences – not simply drive through a place and tick sights off a list,” she adds.

The rise of self-care

On the topic of promoting wellness and self-care through their brand, it’s Vyas who seems particularly passionate about this element of the business, after all, Flash Pack was originality her idea, and one that she first shared with Thompson over a glass of wine on that fateful first date: “We’re so coated in demands and expectations these days that we wear ‘busy’ as a badge of honour,” she says. “But when you travel alone with a group of like-minded strangers, you escape all that noise. You have the time to form meaningful connections in real life,” she continues. “When it comes to travel, people still tend to associate terms like wellness and self-care with meditation retreats, or some kind of Kerouac-style pilgrimage. But the truth is, just by travelling without the comfort blanket of your friends or family, you can do wonders for confidence and self-fulfilment,” she says.

Being their own inspiration

“It started with us two, both single and in our 30s when we first came up with the idea for Flash Pack,” says Thompson. “We both still craved adventure, but our friends were settling down, so we found ourselves in the weird situation of having no-one to travel with,” he says. “When we talked about our own desires to continue travelling, we realised that there were loads of people of a similar age who felt the same way; they were looking for like-minded people to travel with. That’s when we thought, we could do this, we could lead these people to the places they want to go,” he adds.

Tapping into a lucrative market

But the drive to start Flash Pack didn’t just come from idealistic thoughts about adult empowerment, the duo had identified a high-earning market to target:

“Adventure travel has been growing 65% YOY since 2009,” says Thompson. “Plus, there’s this demographic of high-earning professionals who are drawn to adventure travel, but with a bit of style, that’s when we knew we had our market”, he adds.

“Well, thinking about who our target customer was, it then got us thinking about a “Flashpacker” – meaning a person in their 30s or 40s who has outgrown backpacks and hostels, but still craves the thrill of life-affirming adventure,” says Thompson. But how did they make sure they were on the right track? Coming up with the business idea didn’t come from chatting to friends and guesswork for Radha and Thompson, who after building the business concept, invested in some serious market research to ensure their business idea was the right one: “We ran a series of focus groups which showed that there were loads of people in their 30s and 40s who wanted to travel but found group tours outdated and unattractive. That was the cue we needed to jump right in,” says Thompson.

But how do they convince a 30-40 something to go on a Flash Pack trip alone if they have a family at home? “Some people have reservations, to begin with, and this usually comes down to their preconceptions of group travel,” says Thompson. “They might imagine it’ll be slightly awkward, or that they’ll struggle to find anyone they get on with. Perhaps they worry about investing a lot of money into a group trip, envisaging two weeks of stilted small talk. But these fears typically disappear within about half an hour of the adventure kicking off when Flashpackers meet one another,” says Thompson.

“69% of the 10,000 trips that were booked with us were from customers who had never travelled alone before. So, we’re not just stealing market share, we’re opening the market up to a whole new subsection of travellers.” – Lee Thompson

“We’re meticulous about the group dynamic,” says Thompson. “This means you’ll always travel with people of a similar age and life stage. This means the foundations for friendship are already set,” he adds.

“Some businesses may have overnight success, but that was just not the case for us,” says Thompson with unflinching honesty. “We had a modest self-funded investment of £15,000 to build a website with some adwords attached,” he says. “The problem was, no-one knew about us,” adds Vyas. “We didn’t rank on page one of Google, and we had no online reviews. So it was hard to persuade people to trust us,” she continues. “We got just one booking in those early days, and we had to refund the customer because no-one else signed up for the trip.”

The end of the road?

But this early stumble wasn’t going to be the only hairy moment for the co-founders, – that would come six-months in: “We were starting to run out of cash,” says Vyas. “We were both exhausted; we were still working full-time jobs at the time, as well as running the new business, and there was a lot of stress involved – especially as it wasn’t going well.” This was when they felt it was the right move to take a step back and take stock of what went wrong…

The trigger that changed everything

“So we took a short break. We planned on having the dreaded ‘should we carry on with this?’ conversation, but then we came across an article that changed everything,” says Vyas. “The piece we read was about workmen fixing the Christ the Redeemer statue in Rio, after it was damaged by lightning. The 2014 Fifa World Cup was approaching at the time, and Brazil was facing a lot of bad publicity for the money it was spending on everything,” says Vyas. That’s when the second ‘eureka’ moment happened for the pair… “I had the idea that I could convince the Archdiocese of Rio to let me climb the statue while it was being repaired, and take a selfie from the summit,” says Thompson. “Surprisingly, the Archdiocese agreed, and he even blessed me at the foot of the statue before I began my ascent! Soon after, I was at the top took a selfie,” he adds.

Harnessing the ‘power of the selfie’

The visual combination of the burgeoning ‘selfie culture’ and the World Cup of 2014 was a winner, and the image quickly went viral, putting Flash Pack on the global map as a travel brand. “Clocking up 50 million engagements on social media and 100 million views, we were careful to make sure the image was always attributed and linked back to us, meaning we picked up over one million hits to Flash Pack’s website in just two days,” says Thompson. “It was just the boost we needed, and in the nick of time! Pretty much straight away, we started ranking well on Google, with lots of interest in the brand, and consistent monthly revenue from then on in,” says Vyas. “We finally nailed proof of concept, and matched ourselves to the demand we knew instinctively was out there,” she adds.

Late last year, the brand had a lot to celebrate, including winning the Amazon Growing Business Awards ‘Young Company Of The Year’, “We’re very proud to be recognised by Amazon as one of the UK’s most promising businesses,” says Vyas. “The start-up journey can be tough at times, and to get that recognition when you’ve beaten the odds is so rewarding, truly, the feeling is beyond words,” she adds.

“We’re looking at the global market now,” says Thompson. “Over 60% of Flashpackers are now based outside the UK, so we want to build up our presence in regions such as North America, Australia and Germany, where demand is huge,” he says. “Then it’s onwards and upwards for us as we continue to develop our global portfolio of trips, and curate them in a way that delight our audience: from a champagne breakfast in the shadow of Everest to twilight boat rides down the Amazon, and riding a vintage Vespa around the medieval towns of Spain,” he continues. Well, not only has Flash Pack given me travel envy, but it also makes ‘Eat Pray Love’ look like a walk, in a very boring and suburban park…