Once upon a time, the idea of a self-driving car sounded literally out of this world. But now, autonomous vehicle technology, such as self-parking, is already creeping into passenger vehicles.

Many fleet operators may find themselves sourcing cars with automated features in the not too distant future. At present, tech giants such as Waymo, a subsidiary of Google, are investing large sums of money in bringing self-driving cars to the masses.

However, from an insurance perspective, cars with self-driving features could bring up previously unaddressed questions for fleet managers, AV manufacturers, and claimants, especially if someone operating such a vehicle is involved in an accident.

In the short term, whilst the use of AVs is relatively low, initial acquisition costs will be one of the largest issues for fleet managers.

The vehicles themselves and associated maintenance costs are expensive, partly owing to the more complex software and technologies which contribute to the automation.

However, in broad terms, whilst the cost of insuring autonomous fleets may increase, this can in principle be offset by a reduced number of accidents.

From an insurance perspective, both fleet operators and leasing companies are at risk of their vehicles being victim to data breaches and cyber-attacks and as such, there will almost certainly be heightened levels of data security as more autonomous fleets begin to be rolled out.

However, at the moment it’s unclear what kinds of policy structures will be put in place to support this.

The Automated and Electric Vehicles Act 2018, which received Royal Assent on 19th July 2018, brings automated vehicle insurance in line with the established motor insurance picture, ensuring that drivers are covered both when they are in control and when control has been delegated to the vehicle.

Under the Act, insurers will have liability for death, personal injury and property damage as a result of an accident caused by an autonomous vehicle.

The intention behind the Act is to enforce a compensation route for the injured party via the insurer who in turn can then seek to recover its outlay from the party they deem responsible, such as the vehicle manufacturer, utilising existing product liability law.

Where does that leave us with insurance?

It is envisaged that insurance policies will evolve as we move towards full automation, with product liability taking on increasing importance. Vehicle owners will be obligated to ensure that internal vehicle software is kept updated and as a result, the position in respect of fault may not always be clear.

For example, it is common for other electronics products to place the onus on the operator to update software. A message will be displayed on the screen asking if the user wants to proceed with the update.

Where AVs are concerned, if the vehicle prompts the driver for an update which is then declined, and an accident follows, it may be that liability will fall with them, rather than any other party.

Opinions within the fleet management industry are varied as to whether autonomous vehicles are set to take off. Some believe that this technology is unlikely to make a significant impact in the near future, others have a more proactive and open attitude, keen to start preparing for when AVs start becoming more commonplace.

In terms of insurance, fleet managers must start to have open conversations with their insurers now, making sure their current policies are suitable for the types of fleet being operated.

Some insurers will be more proactive in their approach to designing and shaping policies to encompass fleets of AVs and if fleet managers envisage adopting this technology in future, it is worth having conversations now to gauge the attitude of their insurer.

Whilst fleets won’t become autonomous overnight, fleet managers who engage early have the opportunity to help shape the insurance policy landscape. AVs are new and unknown and for a system to be put in place which benefits all parties, collaboration and joint working will be essential.

Michael Brooks is a Legal Director and Paul White is an Associate in the Uninsured Loss Recovery & Insurance Litigation teams at law firm, Shakespeare Martineau. 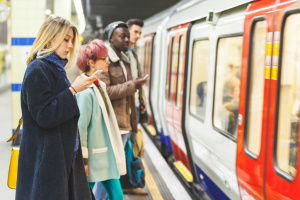 Why SMEs must work on employee access and mobility needs