We all like to listen to music in the car, and many of us still prefer the ‘old-skool’ style of the radio to entertain us on those long and boring journeys.

But how many times have you taken your eyes away from the road to switch through the stations to find that road-ready tune? The answer? We all have, and far too many times to count.

This risky, and quite frankly, reckless behavior has to stop. But lucky for us, some new technology has provided the solution.

In short, voice control in cars looks set to revolutionise the way we drive and listen to music, for the better.

Research conducted by Digital Radio UK and Radio player has revealed that voice control devices keep driver’s eyes on the road, whilst allowing them to get to the stations they want to listen to faster than if they were using a regular touch-based device.

Nine drivers were selected to participate in the test. Each driver was asked to tune to a national station and a local station on a traditional ‘touch-based’ radio screen, then tune to the same stations using voice control, and then explore more advanced radio features using voice control.

They conducted the study based on a 30-minute road test on a specially designed test track. Several video cameras were used to record their reactions, including their eye movements. Here are the results:

What the study revealed was that touch-screen use is evidently a particularly distracting tool when it comes to driving compared to voice control.

The study recorded a marked improvement in road safety from the participants when using the voice control software.

With drivers only looking away from the road twice when using it as opposed to thirteen times when using a traditional touchscreen radio.

“These structured trials taught us a huge amount about how drivers use voice in real-world situations. We’ll now take those lessons into our own prototyping work, which we’ll be sharing with car companies shortly.” – Michael Hill, Radioplayer

The study also revealed that drivers felt safer and calmer when driving using voice control software, subjects who had not used the software before also reported that it felt easy to use, and became familiar with the system quickly.

On a music enjoyment level, they also reported that they felt voice control accelerated their user-based experience of radio, with the easy-to-use software allowing drivers to listen to a wider array of radio stations without having to pull over and search for them manually.

“This research suggests that adding voice-control to cars is the logical next step and will inform future discussions with our automotive partners.” – Laurence Harrison, Digital Radio UK

There can be no doubt that voice-based radio control in cars is undoubtedly a safer and more time efficient way to listen to the radio when driving.

If you’re a business that is fleet-heavy, make sure your fleet drivers, as your business representatives on the road, are driving as safely as possible, whilst able to enjoy the radio in a safe, and time efficient manner.

Implementing this tool will no doubt accelerate driver enjoyment, whilst making the roads safer for everyone.

With voice control software, no longer will drivers have to pull over to scroll through radio options, or risk danger by doing so whilst driving.

As the idea of automated, driverless cars creeps steadily into the present, so will the idea that you can simply voice a command and your favorite Shania Twain will come on.

– So why not start using voice control now for better, safer, and more radio-friendly driving? 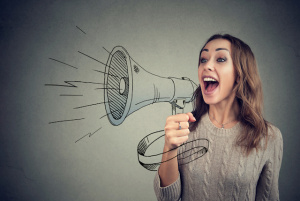 What are the differences between PR and marketing and why should SMEs care? 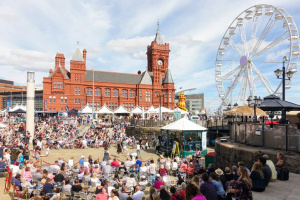