I’m constantly amazed at business leaders who spend so much time asking the government to get out of the way and let free enterprise flourish while, at the same time (and without any apparent self-consciousness), they turn around and blame the government for anything in business that’s difficult.

That contradiction seemed to lie at the heart of Terry Leahy’s recent complaint about British education. I’m not saying that it’s fine for British kids to leave school without any skills – of course it isn’t. But entrepreneurs have always trained their best people themselves because doing so, in itself, is a competitive advantage.

Take Carol Latham, whose firm, Thermagon, was recently bought by Laird Technologies. When she founded the company, Latham couldn’t find the kind of workers she needed and, even if she had been able to find them, she couldn’t have afforded them. So she hired whoever she could find, put a classroom inside her company and offered literacy and numeracy classes in office hours.

When the company went through tough times – as every innovative business does – the loyalty of her staff was one significant component in its survival.

Better still, look at the kind of training Chey Garland offers at C J Garland. She requires anyone who wishes to be considered a manager to go out into the community and teach literacy and numeracy – not just for the good PR (which it undoubtedly is) but because learning to communicate something difficult to those who can’t, or don’t want to, understand develops communication skills, empathy and perseverance.

“You would be very surprised at the talent and experience that you have inside your company,” says Garland. “The trick is to let it out.”

To “let it out” Garland also urges her employees to work in hospices and drug counselling centres, and to help teachers with school budgets. But these training initiatives aren’t on offer because she’s soft-hearted; they’re a key component in her business strategy.

“I always think of our people as our ‘X factor’. They’re the ones that deliver. Business never runs smoothly all of the time. And when things don’t go according to plan and somebody drops the baton, it’s really about the level of relationships you have with each other that allows you to put it right again. People aren’t just good at that sort of thing by accident. They learn it.”

Like most British companies, Garland has to confront what economists call “the race to the bottom”, a global phenomenon in which everything that can be automated is – and everything else goes to the cheapest labour market. When goods and services become so commoditised, the only competition left over is price, which is driven relentlessly downwards. That race is every British company’s nightmare.

The way Garland confronts it is to develop a high-quality service renowned for its personal and professional skills, distinguished by those very things that cheap labour and automation simply can’t replace. During all the furore over call centres moving offshore, her business did nothing but expand.

“Ultimately, you have a vision and you have to be surrounded by people who share that vision and can express it in everything they do. And I don’t care what software you have – the business is only going to work if you have people who are enthusiastic and pulling in the same direction.”

Garland isn’t an economist but, sitting in shiny new buildings on the Hartlepool marina, she’s figured out something that has many a corporate executive stumped. She competes globally by driving her quality up, not by pushing her prices down.

Instead of complaining, Garland is like every entrepreneur I’ve ever met: she sees the opportunity, not the problem. And then she goes out and grabs it with creativity and gusto. 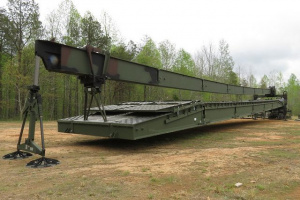 WFEL: The trusted supplier to the US Department of Defense 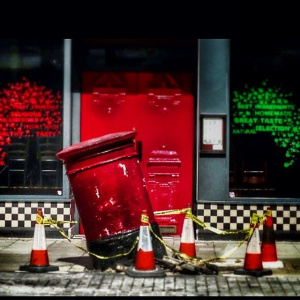 How much the postal strike has cost your company