Following on from its previous £897m football rights deal, which saw it acquire the rights to show live Champions League and Europa League football from 2013 onwards, BT Sport has signed up until 2021.

Industry expert Dror Ginzberg, co-founder and CEO of video creation platform Wochit, said the most interesting part of the new deal, which demonstrates the “football rights gravy train is nowhere near ending anytime soon”, is the fact ITV is now not able to show a highlight package.

However, he added: “The decision to follow the money might not be the best approach. BT’s current TV deal has not been hugely successful with peak audiences totalling 200,000 for last season’s Champions League playoffs, compared to terrestrial broadcaster ITV’s 4.4m viewers in 2015.

BT has revealed it will now enhance its social media coverage to reach new audiences. This will be done by making clips, weekly highlights, UEFA’s magazine show, and both finals available for free on social media.

John Petter, consumer CEO at BT, said of the football rights deal: “The UEFA Champions League and UEFA Europa League are two of the best competitions in the world and we would like to thank UEFA for choosing us as their exclusive broadcast partner in the UK.

“The UEFA Champions League is due to get even stronger and we are delighted that fans will be able to enjoy two live matches a night for the first time.”

The move by BT to make sports more accessible to a generation which expects on-demand entertainment has been mirrored by a recent move from YouTube. On 28 February, the video platform unveiled YouTube TV – which included live TV streaming. Available on in the US at present time, YouTube is taking on traditional TV package providers with a “zero commitments” pledge.

Looking at the online and social media element of BT’s new football rights deal, Ginzberg added: “Most interestingly with this new deal is the move to remove Champions League coverage from terrestrial TV completely with ITV losing the rights to its highlights show. BT will instead be using this content on its social feeds. It appears to be quite a shrewd move by the broadcaster with online video now accounting for over two-thirds of all internet traffic, and people watching one billion hours of content on YouTube every day.” 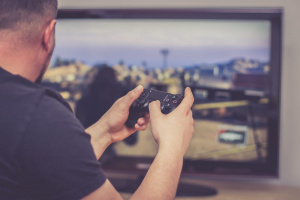 The four things that prevent home-based staff from working