In today’s unstable funding environment, SMEs must navigate an ever-changing landscape of new and old alternatives to help their business grow. Invoice discounting is an option surrounded by many myths; some business leaders have their reservations towards it, deeming it a highly inexpensive form of finance, while others agree that it’s one of the best forms of finance for growing businesses.

Despite the business world’s scepticism around the funding model, there has been a visible surge in invoice finance and asset-based lending (ABL) over recent years, as many traditional cash flow lenders have withdrawn from the market.

In spite of straining business conditions, the number of companies in the UK using the finance alternative continues to rise. The total number of businesses using asset based finance has risen by four per cent in 2012, pushing numbers up towards 43,000, according to the Asset Based Finance Association (ABFA). Invoice discounting is the most popular form of asset based financing, with the number of companies using it increasing to well over 18,500, from 17,300 last year.

The mid-market in particular is making use of ABL more and more, receiving 68 per cent of the total volume of advances in the market. The ABFA reported that there were total advances to businesses of £16bn, and an increase of four per cent in total funding available.

All these figures are based on members of the ABFA, who include major banks and independent providers. The industry’s clients are predominately involved in manufacturing, distribution and services, especially recruitment.

Taken together, they demonstrate an industry’s increasing importance in the funding of small and mid-sized businesses. What’s behind the rise and rise of invoice finance?

Is it the banks, pushing it as an alternative to overdrafts, as the cost of providing them increases? A significant change in UK law in 2005 classed overdraft as a fixed rather than a floating charge on a company’s assets. If a company goes bust, its overdraft provider now has less priority in recovering any remaining cash.

Invoice finance works with a finance supplier auditing a company’s customer base, setting credit limits on the amounts it is prepared to advance against business done with those customers. The business pays a fee when drawing down a percentage of the value of an invoice up until the date it is paid by the customer. The outstanding percentage of the invoice is then collected.

It seems like, between the talk about government funding schemes, there is one form of business funding that is already leading the way in making more finance available. This month, Real Business will be taking a closer look at invoice finance for growing businesses in the UK; dispel the many myths surrounding the model; and find out which businesses are best suited to it.

Join the business finance discussion on Twitter with #unleashingfinance. 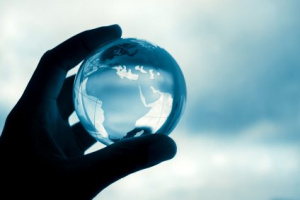 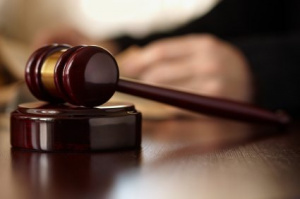 International expansion: Don’t get caught out