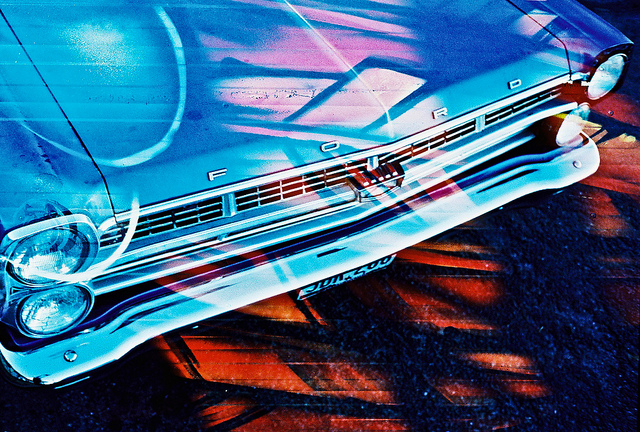 Despite Ford’s ethical reputation, it has a rap sheet for misconduct. Take, for example, the Ford Pinto, which had a fundamental flaw in its design. Namely, the gas tank was nine inches behind the rear axle instead of above it. The bolts were too close to the gas tank and the fuel filler pipe had a tendency to disconnect from the tank and cause petrol to spill out. The result was that a small collision or accident could cause the car to explode. Of course, the fact that?Ford had known about this flaw since it first started selling the Pinto but did not change the design due to the high costs involved, was only revealed during a lawyer’s investigation.

Then there was the Firestone tire scandal. In 1998 an investigator found that 84 per cent of tread-related complaints and accidents were related to Firestone tires on Ford vehicles. More disturbing was the possibility that tire tread separation from defective tires could have caused hundreds of deaths. This resulted in a?substantial?recall. Yet Ford keeps restoring its reputation, as well as its popularity. The company’s ability to fail and get back up as reigning champion is something that dates back all the way to its creation. Before starting the Ford Motor Company, Henry Ford was a part of two failed automobile enterprises. One was the Detroit Automobile Company, which folded after Ford failed to ship a working automobile, while the Henry Ford Company became known as the Cadillac Automobile Company after failed partnership dealings. Ironically, it was the shipping part of the business that almost caused Ford Motor Company to fail as well. Enter James Couzens, not known well enough for his endeavours, who resolved to get Ford’s product to market. Ford was known for being a perfectionist who cared about minor details. Their superior craftsmanship often led to them slaying the competition, particularly in terms of racing. However, investors would wait months for a final product to be brought to market, only for Ford not to submit a design as he was continuing improvements. ?Stop shipping and we go bankrupt,? said Couzens. Read more about cars: Both philosophies have been upheld since then. More insight into the way things were run at the company was delivered in a 1945 interview with the then president Henry Ford II, who everyone referred to as?”Hank the Deuce”. By that time Ford had become an iconic brand, but managed to keep itself afloat at?the end of World War II, when financial collapse was a realistic possibility. Key to this success was knowing the audience, he stressed. “We have been doing a substantial amount of research and experimentation, both regarding the kinds of cars people want and regarding possible radical changes in car design,” Ford said. “At one time we did a lot of work on a radically different light car using new materials and weighing about a third less than present models. At least for the present, that idea is on the shelf, for the very good reason that our studies indicated that a light car would not give people what they really want?they want a car that will hug the road at high speeds; they want an extra-heavy frame and a car heavy enough to carry a lot of extra equipment.” In fact, Ford found out that people preferred big cars at low prices. An area prioritised by the company was “to treat the men [they] worked with as [they] would like to be treated [themselves]”.? Another answer to the question of its success rests in knowing to pass the baton on to someone outside of the family.?When Alan Mulally took over as CEO, he claimed that ?[they] were going out of business”. He mortgaged several assets, including its famous blue oval, and?sold off brands such as Jaguar and Volvo,?in order to secure a $23.5bn loan. ?When Mulally joined Ford, the company was at war with itself,? said?auto journalist?Bryce Hoffman.??The corporate culture was notoriously dysfunctional, even by Detroit standards. He forced executives who had been at each other?s throats to work together.?? Mulally revamped Ford?s manufacturing lines to operate with 70 per cent of the same parts, which has allowed the company to tweak production based on consumer demand and oil price trends. He?also invested in high tech, suggesting that “technology and innovation are the foundation” of the Ford plan. Essentially, he wasn’t afraid of changing culture and tradition, not to mention that he took several risks that all panned out.

Read on to find out about Vauxhall. By Shan? Schutte