The relationship between Ford and the Nazi regime was revealed when Hitler told a Detroit News reporter he was an avid reader of the “antisemitic tracts” penned by Henry Ford. “I regard Henry Ford as my inspiration,” Hitler said, explaining why he kept a life-size portrait of the automaker next to his desk.

According to researchers, Ford “inspired Hitler’s treatment of Jews,” and was the role model for the then-reasons behind Hitler’s foray into vehicle manufacturing: to reduce unemployment, and by providing Germany with modern infrastructure such as the worlds first super-highway, the Autobahn.

To stimulate the German industry, Hitler deemed it necessary to develop a car the average citizen could afford. In 1936, Hitler spoke at an exhibition, suggesting that if he hoped to increase the number of cars in Germany to 3-4m, “the price and the maintenance costs of these cars must be compatible with the income” of those 3-4m potential buyers.

He said: “I have no doubt that the genius of the man [Ferdinand Porsche] who has been entrusted with the design and construction of this vehicle, together with those who will later produce it, coupled with the sound economic good sense of all who will be involved, will succeed in keeping the purchase price, as well as the operating and maintenance costs of this vehicle in line with the income of the broad mass of our people, as in America, where we have seen a brilliant example of how this problem can be solved.”

Read more about solutions to problems:

He may have been referring to Ford there.

According to David Marsh, who penned “From The Germans: The Pivotal Nation“, Hitler’s “furthest reaching economic achievement” was his plan for the “People’s Car”.

Fast forward to 2013 and Volkswagen has become the third best-selling car in the UK.

Joann Muller of Forbes, who sat in at one of the company’s meetings, reported that Volkswagen boss Martin Winterkorn made his team watch the video of Germany’s football match against Sweden at the World Cup qualifier. Early in the second half, Germany was leading 4-0, yet the final score ended up being a tie.

“It’s half-time,” Winterkorn allegedly said. “We’ve had three strong years. You might feel good, but we have to stay focused.”

His goal, it seems, is to top GM – the company in charge of Vauxhall, who in turn is gunning for the top spot.

By 2018 Volkswagen will be “the world’s most profitable, fascinating and sustainable automobile manufacturer,” Winterkorn said.

He also planned to have the most satisfied customers and employees in the industry: “Only an automaker who can achieve all these goals, can really call itself number one with justification.”

Muller discovered that in 2012, Volkswagen had earned a record 13.2 per cent on $250bn. Spanning across several years, Winterkorn intended to deploy this cash toward the biggest spending binge in Volkswagen’s history.

Along with its Chinese joint ventures, the company will be investing in ten plants, as well as several different products and technologies such as plug-in diesel hybrids and advanced infotainment systems.

Remember the football match and its results? Winterkorn told his team: “We have completed an extremely successful first half with a strong team and the right strategy. However, one thing is clear: Conditions on the pitch are deteriorating. Pressure is growing. Volkswagen must continue to attack and make good use of its opportunities. Then we will still be ahead when the final whistle blows.”

“It’s sort of a perfect storm, in a good way, of the things coming together for the brand,” Mahoney said.

The secret to Volkswagen’s success is the strength of the brand. When Ferdinand Piëch took over in 1993 he enlarged and modernised the fleet, and took some crucial steps in emerging markets. Robust sales in China always seems to keep the company going. Its performance there was particularly strong in 2013, when the group sold 3.27m vehicles and narrowly overtook General Motors to regain its position as market leader. After that, to cater for demand, Volkswagen actually had to open four new plants in China 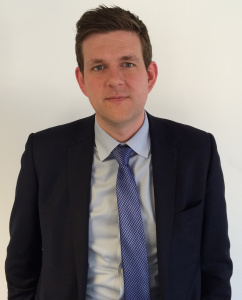 Why the Conservatives need to change procurement methods to help SMEs 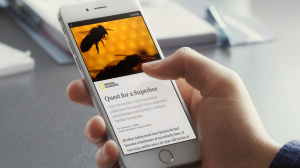