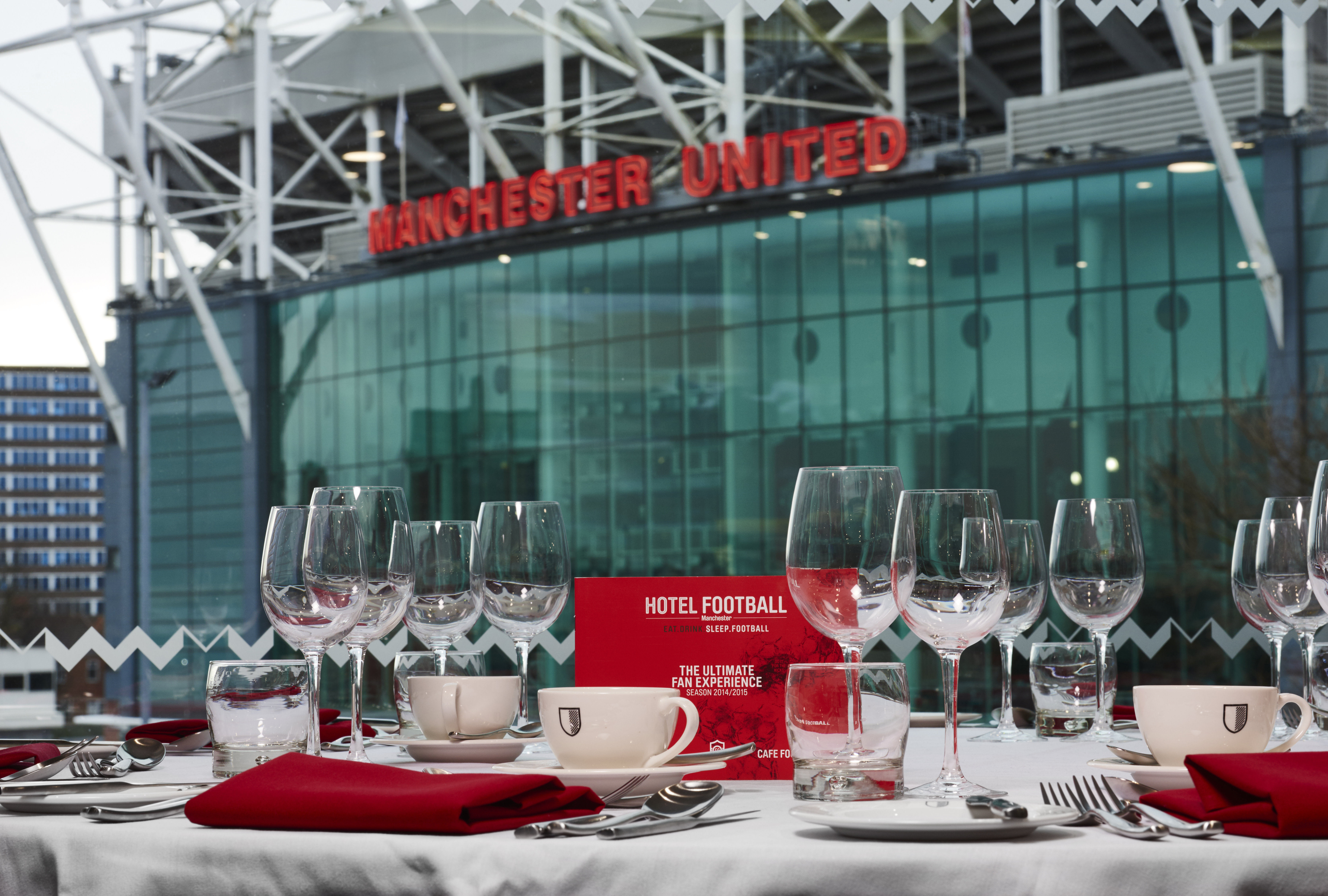 After travelling the world during their football careers, the two United stars came up with the idea of starting a hospitality company. Undoubtedly there own stay in various hotels have helped set the blue print for their own hotel.

And to add to the footballing credentials, other members of the Class of ’92 – Philip Neville, Paul Scholes and Nicky Butt – are now also on board. Together they became one of the UK’s most searched directors of 2014. Read more about Manchester United: Scholes explained: “When Gary and Ryan mentioned the idea of Hotel Football and Old Trafford Supporters Club I was really keen to get involved. The hotel is our chance to create something special for the fans.” The four star hotel will capture that authentic football culture, with not-so-subtle hints to the sport running throughout the décor. “Football brings everybody together, so we wanted to create something here that’s for everybody,” said managing director Stuart Proctor. “Football is about fun, and that’s what hotels and restaurants are about too – we’re in the entertainment business.

“We want to see families here with kids’ birthday parties, and groups of girls enjoying cocktails, as well as football fans coming here to watch a game in the week or on match days too. It also helps that the ones opening such a hotel are arguably five of the most fantastic players of our generation.  “Their knowledge of football is second to none and this will be evident throughout the hotel, but the focus will be on quality, as well as football – to ensure it will be a great experience for everyone,” Proctor suggested. It is all about the global fan experience. Read more about businesses that hopped onto themes: According to Neville, the two co-founders had spent “so much of [their] lives playing at Old Trafford” that it made perfect sense to situate the hotel there. “We want The Old Trafford Supporters Club to become a place United fans can think of as their own. “And Ryan and I are looking forward to another new challenge, working with our former teammates again to create something special near to the stadium we all love,” he said.

Giggs added: “It’s been four or five years in the making so it’s nice to experience it and see it finally coming to fruition.” Hotel Football will boast Café Football Manchester, and its menu is designed by two Michelin star chef Michael Wignall, in collaboration with Café Football’s executive chef, Brendan Fyldes. “I think the café is my favourite part of the hotel,” Giggs said. “A lot of the menu is stuff from your childhood, like bubble gum ice cream. You can tell I’ve retired now. I had a little pizza to start, then fish and chips and finished it off with Vimto trifle. “And it’s great to have the five-a-side pitch on the rooftop with fantastic views of Manchester United, Salford Quays and the city in the background. Me and the kids had a kick-about up there last night. But what is great is you could go up there and get married, or have a kids’ party, or it could be a Ministry of Sound club night.”

The 133-bedroom hotel scheme has also create 200 jobs for Manchester workers. “Through the hotel we are giving local people the opportunity to work in a great hospitality environment,” Giggs said. “We will also be working closely with local students to help them build their own careers as this is something we are really passionate about.” “Obviously here it’s right in the shadow of Old Trafford, but Hotel Football is something we hope to take around the UK and eventually around the world, so it’s more a celebration of football in general.” By Shané Schutte