A look at PwC statistics unveils the value of European IPOs in 2016 decreased by 51 per cent. What’s more, only five companies reached the €1bn mark, compared to the 11 pre-IPO startups valued at $1bn or more born in 2015. But was it really, as most suggested, the worst year for business? Those with a listing on AIM (the Alternative Investment Market) suggest otherwise.

The Telegraph maintained in its AIM review that only 38 companies enlisted on the junior market in 2016. The year before saw 61 admissions. But despite this decline, the amount of capital raised by businesses listing on AIM was £30m – a record average.

While on the surface 2016 might not have seemed the best time to pursue an IPO, investors never stopped adding companies to their portfolios. This belief is the primary reason bosses took the plunge in a year dubbed “the worst for business”.

After all, whatever the year and whatever the macro environment, there will always be appetite for businesses displaying the fundamentals for a successful listing – a value proposition, a growth record and compelling unit economics. This is according to Steve Flavell, co-CEO and co-founder of remote meetings company LoopUp, who told Real Business why 2016 was the opportune time to go public.

“Prior to our listing on AIM, we were growing strongly and had been consistently for the prior three-year period,” he explained. “Obviously the repercussion of Brexit spread far and wide, but the fundamentals of our business were barely impacted by the vote.

“In the end business people still need to meet remotely – the crux of our company – Brexit or no Brexit. We were confident in our value proposition, so we pressed ahead and were delighted the City backed us in spite of the uncertainty that 2016 brought.

“Of course, what helped was that we dedicated time pre-listing to developing relationships with investors. This preparation helped put aside any concerns associated with the outcome of the referendum vote and paved the way for a successful IPO less than eight weeks later.”

It’s not the first time Flavell led a company to IPO success, having ensured GoIndustry went public in 2011. The public route, he found, added credibility to a company’s sales and marketing activity, and it was something he wanted to replicate for LoopUp.

Likewise, for media company Time Out Group it was all about finding the right moment to list the business – and it just happened to be 2016. It has a monthly audience of 137m across 108 cities and 39 countries – its largest readership in its 48 years of history.

“We were bold enough to IPO a few days before the Brexit referendum, but we wanted to leverage our audience as we transitioned into the next stage of growth,” said Time Out CEO Julio Bruno.

“As you would expect, we explored our options and decided this route would better support the company’s growth strategy than other finance alternatives. There are opportunities we believe we can capitalise on more effectively as a listed company.”

Advice from Bruno can be found on the next page. 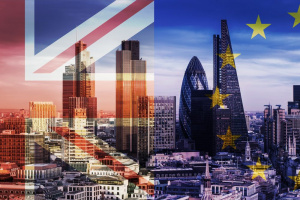 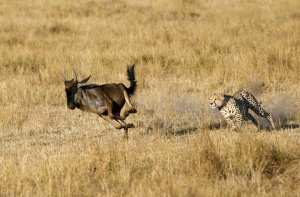