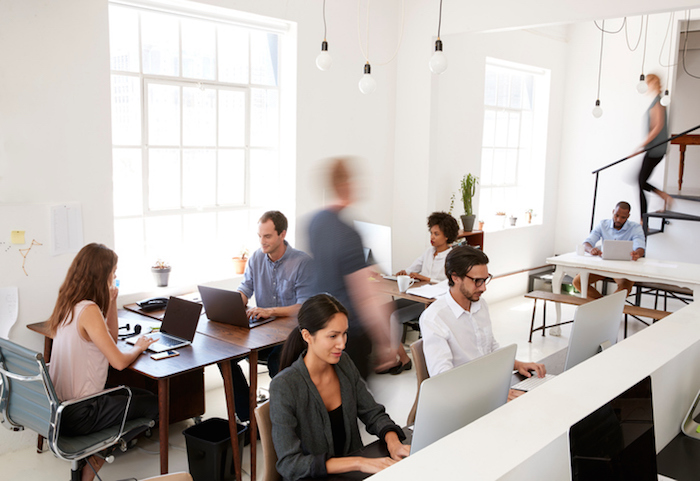 In a 2016 Adam Carolla podcast, the subject of being politically correct was breached. A man called in to get advice on an email chain that was accidentally sent to management.

?One of my colleagues was on holiday and sent a message saying we were probably pining for his return,” he explained. “I said, ?we miss you just as much as she? ? attached an image of Anne Frank ? ?missed this guy?. I then added an image of Hitler. Management got hold of it and I was told it was offensive.?

It sparked debate, with many deeming it logical that work emails should not be used for personal purposes. Others argued that being chastised in such a way stifled free speech.

The latter perception was fleshed out by?Chris Timms, national board member at Haines Watts, who emphasised the need to educate staff around areas of diversity. After all, constraints around political correctness can easily tip over into a blame culture, which will never lead to a cohesive workforce.

According to Sneha Khilay, founder of Blue Tulip Training,?the original intent of political correctness is to encourage tact and sensitivity.?

It is about raising awareness, allowing for people to make more informed choices about their use of language, which then influences behaviour and attitude. It is intended to reduce stigma and discrimination, not stop people from talking to each other -?Sneha Khilay

When employees have no problem voicing negative opinions, then the workforce suffers.

“Political incorrectness tends to be in the form of comments about women, ethnic minorities or the LGTBQ community,” said Billie Dee Gianfrancesco, head of diversity PR at Thinking Hat PR. This was the case when at a business event, YO! Sushi founder Simon Woodroffe addressed a member of the audience as “Miss China”.

Comments such as these, as Gianfrancesco suggested, “create an ‘us’ and ‘them’ environment, which can damage morale and productivity in a workforce ? and cause resentment.

“It’s a difficult topic because having an inappropriate joke together as a team can be a bonding experience ? if everyone’s on board. In the past, even though I’ve laughed along with the jokes and comments, I’ve lost a lot of motivation for my work and respect for my company because I feel it’s an environment where I’ll never be fully respected or taken seriously. It’s seriously divisive.

“No one expects everyone to be perfect, people make slip-ups. It’s impossible to be politically correct about everything all the time. As long as it’s acknowledged, a sincere apology made and a lesson is learned I think it’s OK. But purposeful political incorrectness can be of no benefit to any business.”

Hold your company to a high ethical standard. Ensuring staff can be themselves and have moments of fun is an important aspect of productivity and performance.?When you focus on having a safe and respectful working environment, being politically correct will look after itself.

Fostering a culture of acceptance will give you the best outcome. As was suggested in a 2014 study by Cornell University, creativity was enhanced when a variety of people joined a brainstorming session.

However, there?s a difference between fostering communication and understanding, and using political correctness as a smokescreen. When you use it shut down any and all debate, then you?re policing the workplace instead of uniting it. The more extreme your policy is, the more backlash you?ll receive.

?It is a tight line to walk but the most important thing to keep in mind is that businesses will always grow out of the culture they create, for good or bad,” Timms opined. “It is vital that you build and then champion the characteristics you hope to perpetuate.?

Political correctness at its best can make people behave in a more thoughtful way, and at its worst can supress debate.

As Dr David Cliff, MD of Gedanken, said: ?It?s important to remember that harmony is not so much caused or broken by the language we use, but the intention behind what we say.”