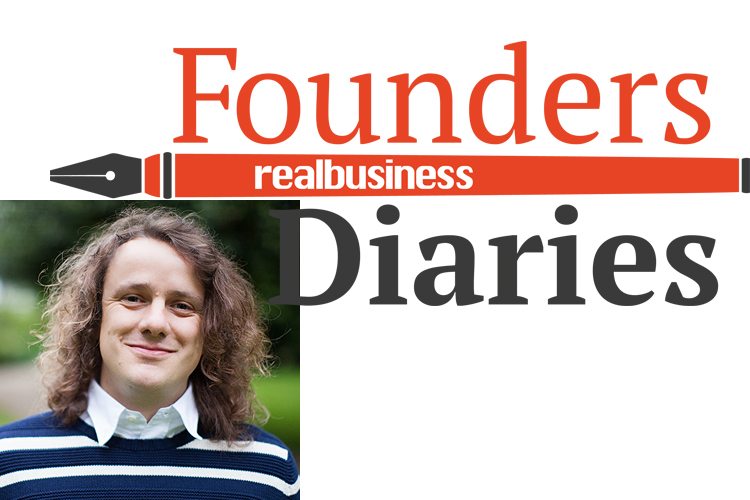 Share via
Hello, I?m Ed Cooke and I am the co-founder of language learning app Memrise, and an enthusiastic practitioner of memory techniques. My interest and skill in memory sports started aged 18 when I taught myself memory techniques during a three-month stint in hospital. After practising non-stop for months, I became a Grandmaster of Memory in 2004, which means I can do things like learn a 1,000 digit number, and the order of a deck of cards in less than two minutes. Since, I?ve been a Mr Memory columnist for The Times and even coached US journalist Joshua Foer to win the US memory championships in a single year. My academic interests are in the cognitive sciences, which I studied for many years ? at various universities including Oxford, Paris, Sydney and Antwerp. It was at Oxford that I met my friend Ben Whatley and we set up Memrise in 2010. Memrise got off to a slow start: we still had just six employees in 2014. However, in the last couple of years we?ve grown considerably. We now have 45 staff and we?re based in a converted church in Bethnal Green. Our user base has grown twenty times in that time and we now have millions of active users, meaning we?re in the top handful of learning apps worldwide. The goal is to grow by twenty times?again in the next couple of years. The intention of Memrise is to give everyone learning superpowers. The idea came from my experiences in memory championships, where I saw how simple techniques of imagination can help almost anyone achieve extraordinarily speedy and effective learning, crucially by having more fun with their minds. We now offer everything from French and Spanish to Mongolian and Thai. We?ve had an exciting 12 months, launching a whole new look and feel to the app, making it much more gamey and it?s been a great success. We also sent a double-decker bus full of linguists and film-makers on an 8,000 mile road trip across Europe to collect 20,000 short videos in nine languages ? the first in our “Meet the Natives” project which aims to create the World?s largest video dictionary. Why? Well, we believe that learning should be joyful, and that what you should learn is real, useful, spoken language: not some text-booky tinned version of language you’d never actually hear. So we created a learning experience where you learn from very short videos of native speakers of a language. It?s incredibly fun and useful to see the real speakers of a language and their features, clothes, cities and personalities. I look forward to sharing more with you over the coming months. We have plenty in store, not least the development of some fascinating machine learning tech, our first paid marketing and some rather elaborate new game experiences.
This article is part of a wider campaign called Founders Diaries, a section of Real Business that brings together 20 inspiring business builders to share their stories. Assembling?companies from a wide variety of sectors and geographies, each columnist produces a diary entry each month.?Visit the Founders Diaries section to find out more.