The unions reckon that a four-day week will be possible this century with the increasing influence of technology and that people should be paid as much as they are for a full week.

Talk about going for the popular vote! That’s like telling a fan of a third division football team their club will definitely win the Premier League. In a world of fairy tales that might be the case, but in the real world these things don’t – and can’t – happen.

As I told BBC’s Sunday Morning Live yesterday, this a crazy idea and shows how desperate the unions are to appeal to the working man and woman. Tell anyone that they can have a shorter working week for the same wages and they’ll snap your hand off.

But, hang on, who is going to pay for all this? The belief is that by reducing the number of working days, the workforce will be more productive, therefore generating the income that businesses need to pay workers the full-week salaries. And, for a short time, that may be the case.

I reckon the few weeks a year we have where there is a bank holiday Monday are quite productive. That’s probably because they only happen occasionally and are seen as a treat.

We had them before back in the 70s due to the state of the country. We’ll be going the same way if we start to chip away at the working week.

The flip side of having a shorter week is that there is more work to do in less time. Don’t worry, says the TUC, the robots will take up the slack! Now, I do agree, technology has its place and it can improve productivity.

At Pimlico Plumbers we have a GPS system for our vans so we can make sure our plumbers can be dispatched to the closest jobs to get them there quickly and efficiently. We also arm our engineers with iPads so they can generate paperwork while on the job rather than having to go back to HQ.

All of this is helpful, but it doesn’t replace the need for a skilled, professional tradesperson to be there. Telling a customer we can’t service their boiler or fit a new bathroom because we only work four days a week will only send us out of business.

Of course, not all our plumbers will work Monday to Thursday. Some would do a different four days across a week, but that would stretch the business as it would mean searching for more skilled and experienced tradespeople to work more four days stints.

Finding these people is tough enough as it is and we’re also climbing a mountain to train more young people in the face of the oncoming landslide that is the Apprenticeship Levy.

There are some jobs where this could work. On Sunday Morning Live they spoke to a self-employed artist and a marketing exec who both worked at a desk. As long as they were self-motivated enough they could do what they needed in four days.

But it is really horses for courses as there are so many jobs where this is just not possible or practical.

The trick is to make the workplace somewhere where employees want to be, doing a job that challenges and fulfils them. That’s why at Pimlico we brought in things like in-work massages, a subsidised canteen, roof terrace and 24-hour, fully-equipped gym. So, alongside enjoying their job our people get the chance to relax and blow off steam.

Fulfilling work can also relieve stress as much as create it, so it’s important that the workplace is an environment where people can thrive, not be desperate to get away from.

What the unions are doing is dangerous and sends out the message to young people who should be gaining a work ethic that things will soon be like an episode of Star Trek and technology will solve everything.

They’re living in cloud cuckoo land. The main challenge to the country’s productivity is the lack of skilled people, not the need to spend an extra day sat on the sofa watching Jeremy Kyle. 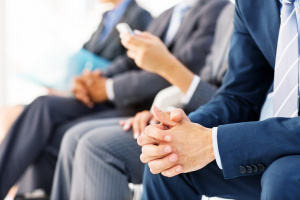