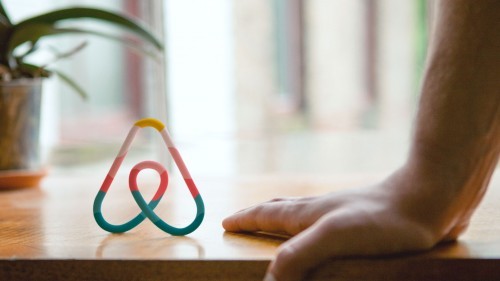 Share via
Giveaways are popular because they?re simple to get off the ground and involve minimal investment. They?re also a great tool for?quickly building your email list and social followings. Unfortunately, most giveaways are poorly run and marketers end up leaving a lot on the table. That being said, we looked for giveaway campaigns throughout history that successfully lured in the masses ? whether or not the outcome yielded positive gains for the company involved.

In 2014 the rental platform?s rebrand was met with much criticism, with social media fans suggesting its ?Belo? logo looked much like genitalia and that it had been stolen from technology firm Automation Anywhere. In this case, the firm developed a giveaway campaign that would raise further brand awareness ? in a good way this time. At the very beginning of 2015, Airbnb tried to generate ?random acts of kindness in local communities?. To each of its 100,000 community members $10 was given alongside a challenge: ?Break down the taboo of strangers?. The issued challenge was an attempt to erase the fear its non-users most likely felt at having to use someone else?s house, or in turn have a complete stranger stay in theirs.

According to Airbnb EU marketing manager Holly Clarke: ?By turning strangers into friends we can live a richer life wherever we go; we thrive on bringing people together and in reality our community loves the advantages that new connections can bring.? The campaign, an article on Real Business revealed, heavily focused on social media, with Clarke explaining that it provided a ?quick, visual and highly interactive mechanic for people to engage with.? Headed up by the #OneLessStranger hashtag, Airbnb?s members shared how they spent their money. The company’s effort garnered lots of attention, including more than 300 media mentions, leading to public relations value that more than paid back the $1m that was spent.

Just offered a coffee & galette to Eddy my office’s window cleaner and made a new friend. #OneLessStranger #airbnb pic.twitter.com/Tr3ECrRGq1

February 2015 saw UK airline Jet2 take personalisation to a new level. It surprised 180 customers flying back to the UK from Alicante with a treat they, without knowing, chose themselves. Much like Airbnb, the company?s giveaway was part of a ploy to merely do something good for someone. For the Bradford-based business, however, it was all about embracing International Random Acts of Kindness Week. At check-in, the staff produced survey flyers, asking them what they had most missed about Britain when they were abroad. Jet2 then asked employees at Leeds Bradford Airport to quickly shop for, and gift wrap, the mentioned items. After being slapped on with a name tag, the gifts were found on the luggage carousel waiting for their respective owners before the bags came out. Steve Heapy, CEO of Jet2, said: ?We want to make holidays as memorable as possible and our friendly service doesn?t stop when people arrive back home. While it is our aim to ensure people holiday happy, we realise there are often things they miss from home when away. What better way to bring a smile to their face than with an extra special welcome home gift? ?Seeing the faces of the passengers as they spotted the gifts was heartwarming. And kindness can be contagious ? so we?re hoping this will have a ripple effect ? in fact the best acts of #Jet2kindness which have come to our attention will receive free flights.?

@jet2tweets I didn’t have enough for my morning latte. ud83dude1e Someone upgraded me to a large and threw in a slice of carrot cake!
ud83dude47 #Jet2Kindness

Read on to find out how Hoover’s free flight campaign led to incredible awareness, but also created chaos.